With support from Adjaye Associates, the pavilion will open in London for the summer, beginning June 10

The Serpentine Pavilion in London has unveiled Chicago-based artist Theaster Gates's design for the 21st annual summer pavilion, entitled Black Chapel, which will open to the public June 10. Working with the architectural firm Adjaye Associates, with financial support from Goldman Sachs, Gates has designed a sanctuary-like space with a chapel bell and an oculus as the sole light source. The circular wood structure will be a space for performance and meditation, as found in small chapels, and carries on the artist’s tradition of urban and architectural intervention, as seen in Stony Island Arts Bank and Black Cinema House in his hometown of Chicago.

From repurposing derelict banks as community arts centers to engaging with sculpture, performance art, and object making, Gates draws on training in both urban planning and preservation to investigate themes of collective desire, land development, Black space making, and transformation. He founded his arts and culture non-profit, the Rebuild Foundation, on Chicago’s South Side in 2010 to encourage community development, through free programs and a series of neighborhood renovations called Dorchester Projects. A professor at the University of Chicago, he has received numerous awards including the 2021 Frederick Kiesler Prize for Architecture and the Arts, the 2020 Crystal Award, and the Nasher Prize for Sculpture in 2018. In addition to exhibiting at museums and galleries from Minneapolis’s Walker Art Center to Milan’s Fondazione Prada, Gates also worked on the 2019 Chicago Architecture Biennial, with its then-curator Yesomi Umolu, who is now director of curatorial affairs at the Serpentine. 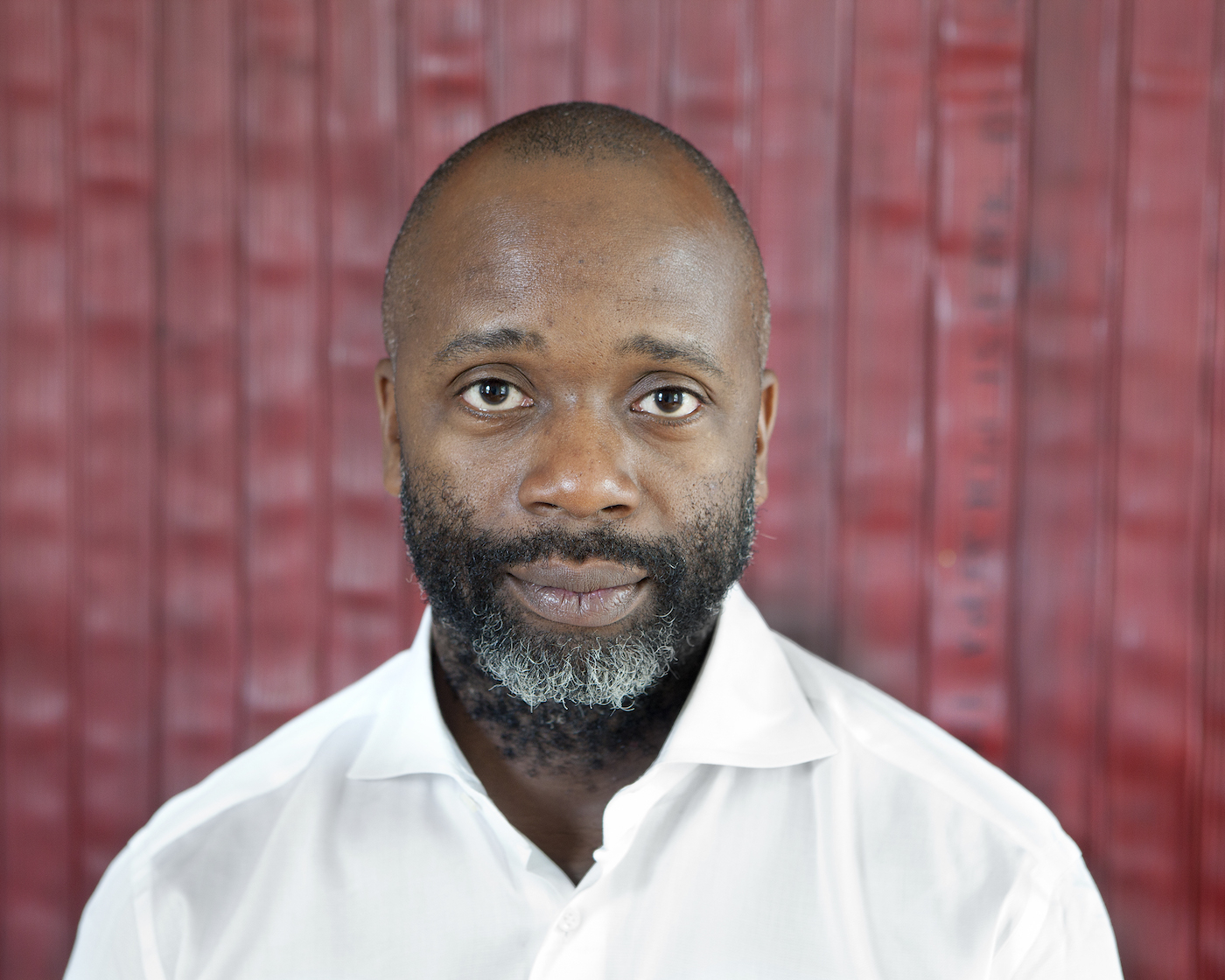 “We are honored to undertake this remarkable project with leading visual artist Theaster Gates. One of the most significant voices working today, Gates’ praxis combines formalism, conceptualism and powerful impact felt throughout the communities in which he works and beyond,” said CEO of the Serpentine Bettina Korek and its artistic director Hans Ulrich Obrist in a statement. The pair selected this year’s pavilion alongside Umolu, and others including advisor Sir David Adjaye. The first annual commission for a temporary pavilion, in 2000, went to Zaha Hadid, and has since highlighted the work of international figures like Ai Weiwei or Bjarke Ingels as well as emerging practitioners such as last year’s Sumayya Vally of the South African practice, Counterspace.

Black Chapel, which will remain on display through October 16, 2022, draws upon such British craft traditions as seen in the Stoke-on-Trent kilns used to fire pottery in 18th and 19th century England—in its cylindrical form with a singular roof opening. The chapel’s bell–from St. Laurence Church, completed in 1911 on Chicago’s South Side and demolished in 2014—will announce events and performances at the pavilion. During the summer, the pavilion is set to host Park Nights, with live music, dance, and as well as education and civic activities, family workshops and a community day.

“I have always wanted to build spaces that consider the power of sound and music as a healing mechanism and emotive force that allows people to enter a space of deep reflection and/or deep participation,” said Gates in a statement. “The name Black Chapel…reflects the invisible parts of my artistic practice,” he added, “it acknowledges the role that sacred music and the sacred arts have had on my practice, and the collective quality of these emotional and communal initiatives.” 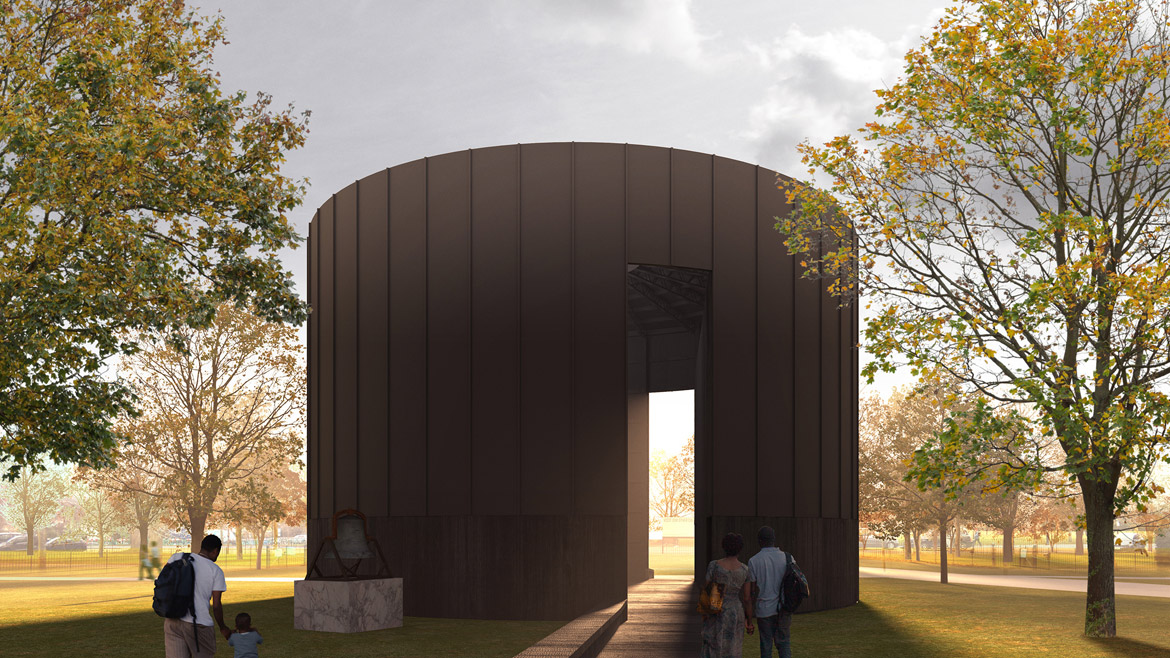 The pavilion follows a year-long display of the artist’s work, entitled The Question of Clay seen across London institutions including The Victoria and Albert Museum, Whitechapel Gallery, and White Cube. The Connecticut-based Grace Farms is overseeing the ethical, transparent procurement of materials for the project, as part of its work to combat child and enslaved labor globally in the building products industry. The pavilion has also been designed to meet Serpentine’s sustainability standards, utilizing recyclable materials that minimize environmental impact such as light-weight timber with an easily demountable structure.

Following its tenure on the grounds of the Serpentine Gallery in Kensington Gardens, Black Chapel will move to a permanent location.