The Hyatt Foundation today announced that Diébédo Francis Kéré will receive the 2022 Pritzker Architecture Prize, known widely as the profession’s highest honor. Kéré, who splits his time between Germany and Burkina Faso, where he was born, has gained international recognition both for his collaborative methods of practice and his remarkable ability to give even the simplest of buildings expressive force.

Speaking to RECORD via Zoom, Kéré recounted the shock of receiving a phone call from Pritzker executive director Manuela Lucá-Dazio in January. “She asked me if I was in a quiet place, and then she said, ‘You’re a Pritzker laureate,’” he recalled. “I woke up the next day and thought, ‘It’s a dream.’”

The selection of an architect driven by a powerful social mission—“doing a duty for my community,” as Kéré puts it—signals the Pritzker’s increasing recognition of architecture’s ethical responsibility. Last year’s laureates, the French duo of Anne Lacaton and Jean-Philippe Vassal, similarly emphasize low-cost, sustainable methods of making buildings that improve the lives of their occupants.

“Francis represents a mode of practice which is incredibly significant,” says Pritzker jury member Barry Bergdoll, a professor of art history at Columbia University. “The way he works is as important as the actual built production.”

Kéré is the first Black person, and the first architect from Africa, to receive the Pritzker in the award’s 44-year history. The selection of Kéré marks a belated but growing acknowledgement of the importance of African architecture—and the recognition of one of the continent’s leading contemporary voices.

Many of Kéré’s seminal works can be found in his home village of Gando, located some 60 miles southeast of Burkina Faso’s capital, Ouagadougou. Unlike those of many previous Pritzker winners, they are not high-rises, museums, airports, or other testaments to largesse and capitalism. Instead, they are single-story schools, a library, a community center, and housing for teachers. Under Kéré’s direction, Gando’s residents built these buildings using sustainable Indigenous techniques that had fallen out of favor, thanks to 70 years of French colonialism. And they have transformed life in the village, bringing education within reach of thousands of children over the years. 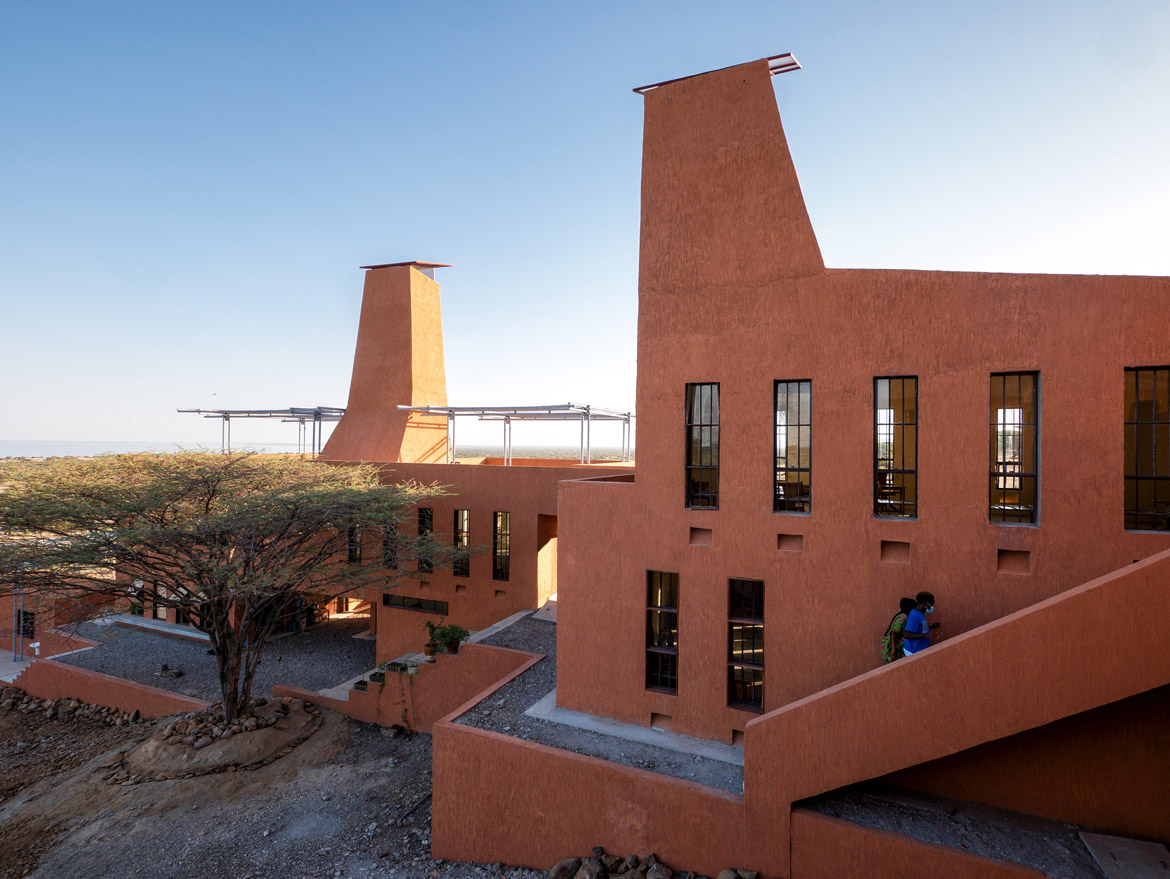 But what makes Kéré’s work important is not just its social mission or location. Kéré, who leads the Berlin-based firm Kéré Architecture, pursues his social goals while creating buildings of evocative heft—buildings that are shaped by the realities of material, structure, construction, climate, and program but nonetheless go beyond functionalism to offer transcendent experiences of space and light. Since winning the Aga Khan Award for Architecture in 2004, Kéré has begun to attract international acclaim and an array of commissions beyond Burkina Faso—from the National Park of Mali in Bamako (2010), to the 2017 Serpentine Pavilion in London, to new national assembly buildings in both his home country and Benin.

Kéré’s work’s is characterized by “a simultaneous commitment to quality of design and the role of the building in the community it serves,” says Pritzker jury member and Yale School of Architecture dean Deborah Berke. “Neither is shortchanged by the other. Those two high-bar criteria actually enhance each other in the final building.”

Kéré was born in Gando in 1965, the eldest son of the village chief. Gando had no school at the time, and so at his father’s insistence, Kéré was sent away at age seven to begin his education—a painful memory, he recalls, “to leave your community, your safety, and just go somewhere else.” Beginning in a small, airless classroom in a nearby town, Kéré pursued his studies with vigor, ultimately winning a vocational carpentry scholarship that brought him to Germany. There, he received a scholarship to attend Technische Universität Berlin, where he graduated in 2004 with an advanced degree in architecture. 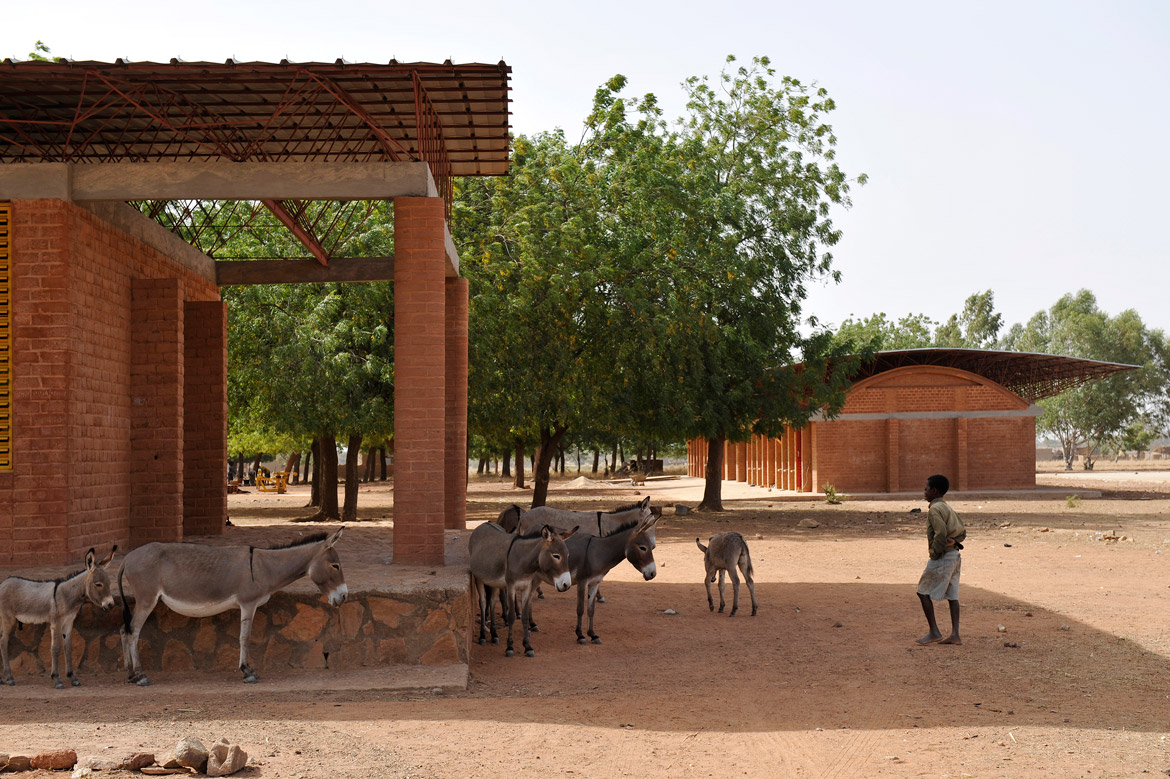 Even before he graduated, Kéré launched his lifelong effort to transform Gando. “The best decision I ever made in my life, really the best one,” he says, “was to start as a student by saying, ‘I'm going back to build a school for my community.’” In 1998, he established what is now known as the Kéré Foundation to raise funds, and in 2001 he completed his first building, the Gando Primary School. While diminutive in scale, the school’s rhythmic, clay-brick walls and overhanging, corrugated roof give it a powerful presence befitting its impact on life in the village. Adjustable louvers filter sunlight and draw in cool air, working in concert with the raised roof to shield occupants from glare and ventilate the building.

Today, following the completion of a number of other community and school buildings, Gando has become a model for the rest of the country. “Even from the bigger cities,” Kéré says, “people are coming to Gando to do their exams.”

Kéré’s ingenuity with materials and design solutions enabled him to build cheaply and sustainably, engaging the people for whom he designs in the entire process. At the Gando Primary School and in subsequent projects, Kéré surprised villagers by using bricks made in the village, rather than concrete, and training locals to construct the building themselves. A number of his designs also make use of eucalyptus wood, which grows across Burkina Faso and can be harvested locally.

Kéré’s mode of practice challenges the image of the architect as a singular figure, instead empowering each person who plays a role in the creation of a building to feel a sense of ownership. And by deriving architectural expression from a building’s construction and purpose, Kéré makes it visually legible. His design for the Women's Association Center in Gando, for example, incorporates locally made clay pots into the walls—both as functional element and visual signpost for women to store surplus grain.

As in the work of Louis Kahn and Glenn Murcutt, both of whom Kéré cites as key influences, one doesn’t need a course in architectural history to find meaning in his buildings. Kéré’s work, in the words of the Pritzker jury, “reminds us of what has been, and will undoubtably continue to be a cornerstone of architectural practice: a sense of community and narrative quality, which he himself is so able to recount with compassion and pride.” 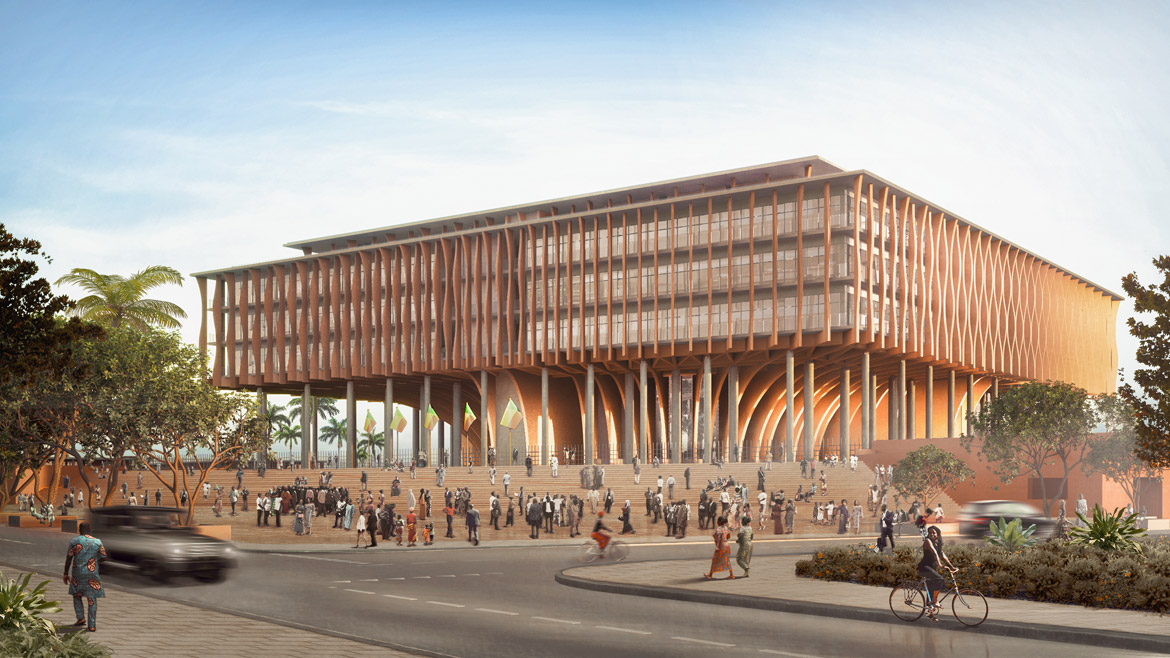 Until now, Kéré has completed mainly smaller projects. But he is at work on a slate of larger buildings, including his first tower, planned at the Technical University of Munich, and his Benin National Assembly in Porto-Novo, now under construction. These projects will present Kéré with new challenges, not least of which is scaling the sense of community ownership that characterizes his work in Gando into symbols for an institution or a national government. 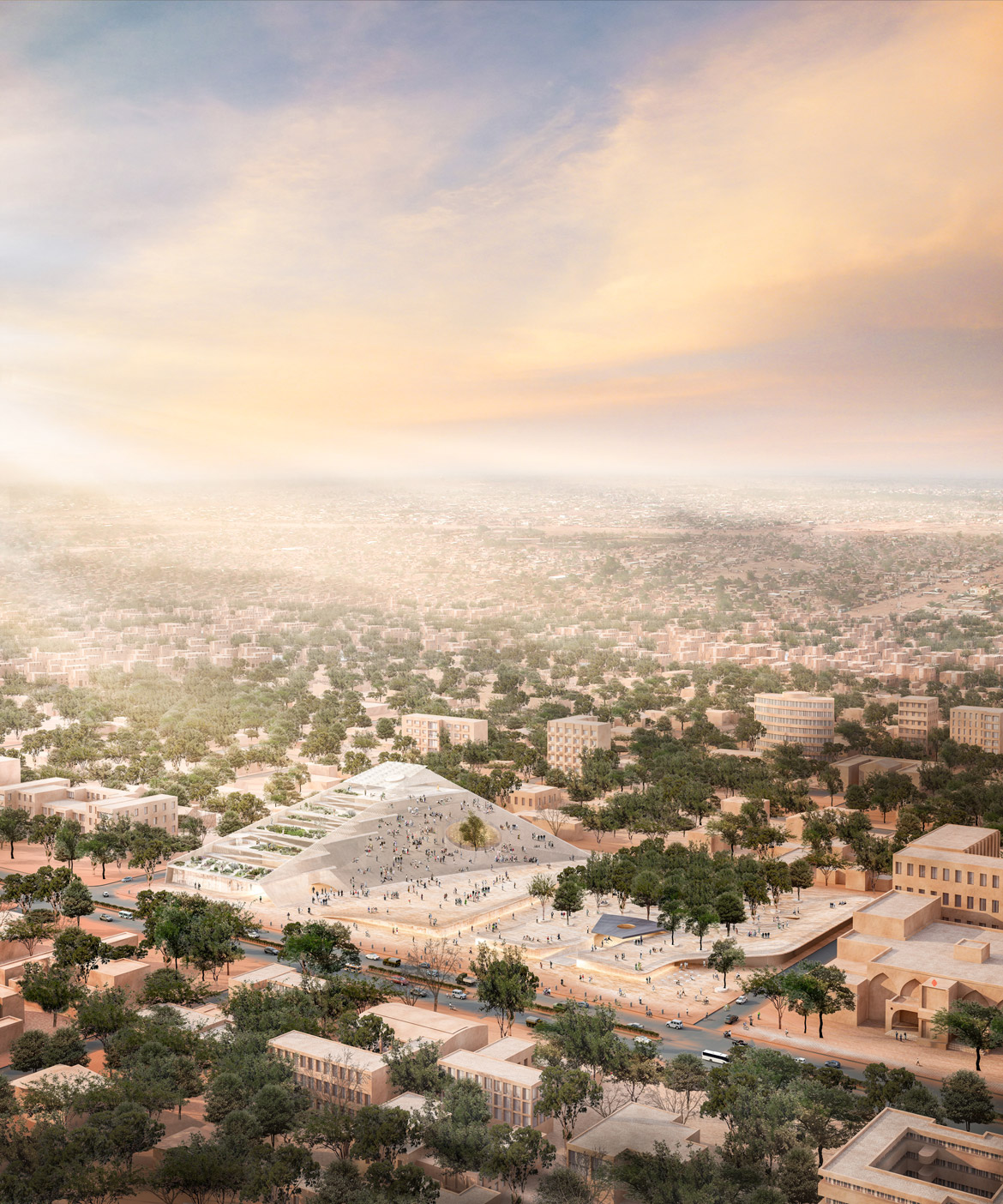 Kéré has been working since 2014 to answer that challenge in his own country. His design for the Burkina Faso National Assembly in Ouagadougou—a stepped pyramid with its shell accessible as a communal gathering space—presents government as an extension of the public realm. But a military coup in January put the plans for the building on hold—and cast doubt on the country’s prospects for stable democracy.

Still, Kéré is optimistic, noting that I.M. Pei waited 15 years to see his John F. Kennedy Presidential Library built. “I am lucky,” he says, “to have started this work. And now if people can learn from what I'm doing and do their best, that is great.”