Ifeoma Ebo, an urban designer and planner based in New York City, has had a hand in a number of the city’s equitable design efforts—from developing guiding principles for the city’s Department of Design & Construction and shaping a series of public space initiatives within the Mayor’s Office of Criminal Justice, to planning affordable housing projects across the city in the Department of Housing Preservation & Development (HPD). At the same time, she runs an independent planning consultancy, Creative Urban Alchemy, and lectures widely. 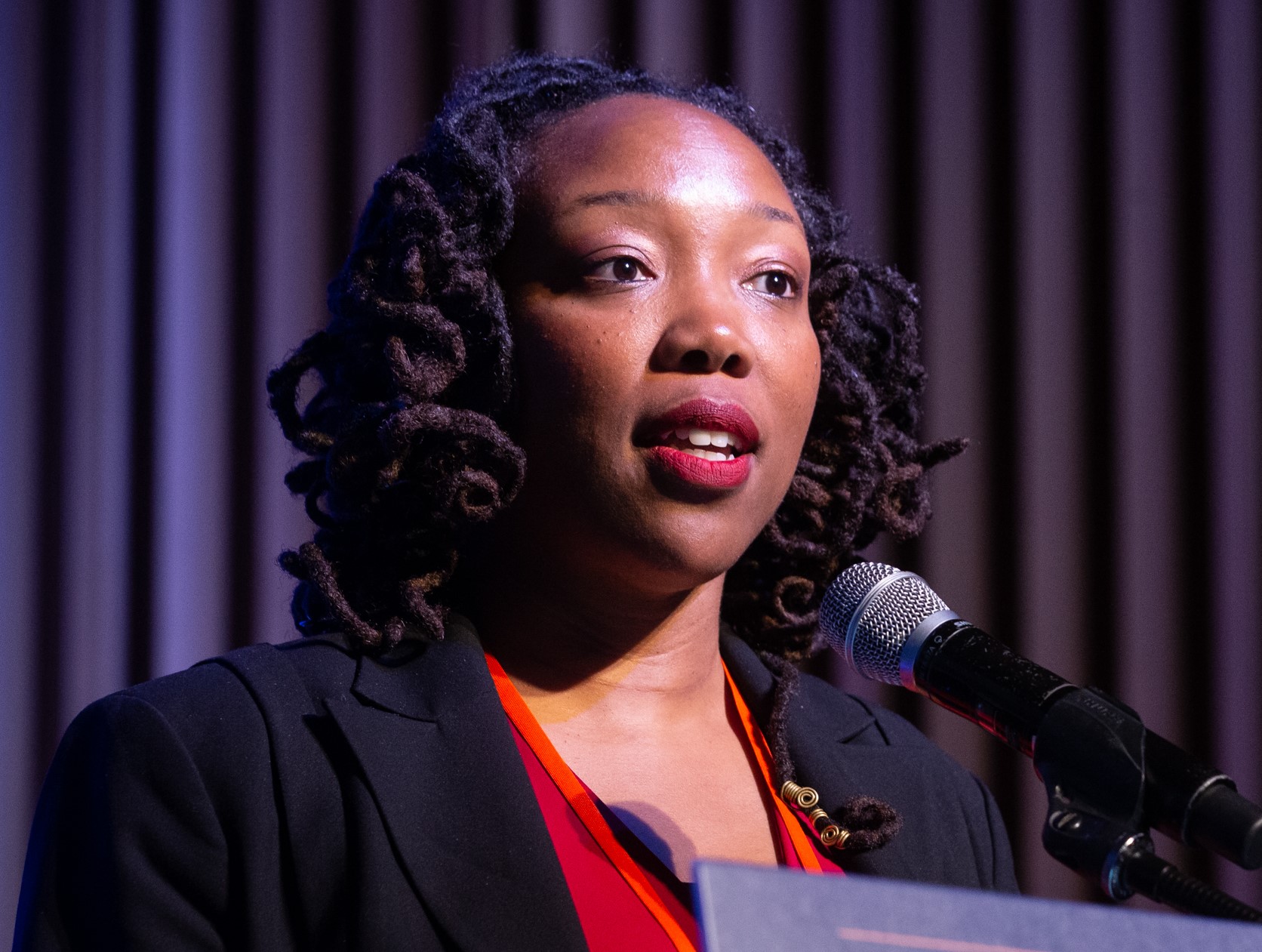 Educated at Cornell University and the Massachusetts Institute of Technology, Ebo has contributed to planning projects around the world that support racial, social, and cultural equity. She is also an educator, currently holding adjunct positions at Syracuse and Columbia universities.

In her interview with RECORD, Ebo discusses current projects, lessons from the pandemic, and the new studio course she’s teaching, among other topics.

What are some of the projects you're working on now?

I'm wearing multiple hats. I have my consultancy that allows me to explore the issues I'm passionate about, including the intersection of urban design and equity in different contexts. I'm working with an organization in Wisconsin on a master plan for an agri-hood, a neighborhood that will be centered on sustainable farming. That’s really interesting to me, particularly as it explores farming for Black farmers.

I’m also the director of urban design and pre-development at HPD. I'm excited about leading that work towards diverse mixes of open space, active uses on the ground floor, and encouraging an ethic of community care with each affordable housing development.

How did the pandemic affect or change your own thinking about planning and urban design?

I think it legitimized the things I had been talking about and thinking about—it didn't really change things. Before the pandemic, I had been working with the Mayor's Office of Criminal Justice, trying to promote the public realm as a critical element in addressing community safety. During the pandemic, we’ve seen the importance of closing off streets and allowing people to have breathing room—of having the streets become an extension of the living room. We’ve seen how important that is for the mental health, the physical health, and the social health of our communities. These are the same kinds of strategies we were using as a part of the mayor's action plan for neighborhood safety.

Tell us about the B-Lit project [pictured above] that you worked on with the Mayor’s Office of Criminal Justice.

We worked in 15 public housing development across the city, with resident teams, and the project was about empowering residents to have a voice in the ways in which their open spaces were transformed. This was an idea that was brought up by tenants of the Brownsville Houses in collaboration with the Brownsville Community Justice Center. They were asking, how can we activate this park at night, this place where we don't feel safe, in a way that tests new lighting solutions?

They worked with Arup on low-cost solutions that were fun and could be created by young people in the community. The image is a moment captured from that night, and the headphones were because they couldn't play loud music past 10 p.m. To make it fun, the headphones glowed in the dark and there were two DJs. So it was absolutely quiet, but everybody with headphones was either listening to one DJ or another. I thought it was brilliant.

You lived in South Africa for a number of years. How did that experience shift your view of American urbanism?

While I was there, I worked on large-scale community master planning projects in the Cape Town city center and the peri-urban areas, the informal settlements at the city's edge. I was there during a time when the city government was using design and planning as tools to reverse the impacts of apartheid. It was a great time to explore the use of the public realm as a guiding force in spatial planning, centering economic and social justice.

That work of trying to push planning and design to address racial injustice really had me thinking about what I wanted to do in New York. It's fascinating that even though these two contexts are very different, some of the challenges are similar in terms of urban development and urban design. Their history of apartheid led to fractured and segregated urban environments that persist today, and we are grappling with that in New York as well.

Teaching seems to be an important part of your work. Are you teaching a studio this semester, and if so, what’s the topic?

Yes, I’m teaching a studio at Syracuse in their Fisher Center in New York City. It’s called Just Urban Ecologies. I'm co-teaching with Jeff Shumaker, the former chief urban designer for the city of New York and a former director at BIG, and Lida Aljabar, who is director of resiliency planning at HPD. The studio is based at Edgemere in the Rockaways and is taking into consideration the recovery from Hurricane Sandy. We’re working with representatives from RISE, which is a community-based nonprofit, and the topics cover community engagement, design justice, as well as climate and environmental justice.