Carol Ross Barney founded Ross Barney Architects in her hometown of Chicago in 1981, and in the decades since has become known for the design of dignified, graceful civic buildings and public spaces. Among her best-known works are the Oklahoma City Federal Building (2005), the Chicago Riverwalk (2006-16), a multi-modal transit center at O’Hare Airport (2019), and numerous stations for the Chicago Transit Authority. In recognition of these striking contributions to the public realm—which have demonstrated the power of strong design in settings where architecture is often an afterthought—Ross Barney Architects received the Coop­er Hewitt’s prestigious Nation­al Design Award last year. 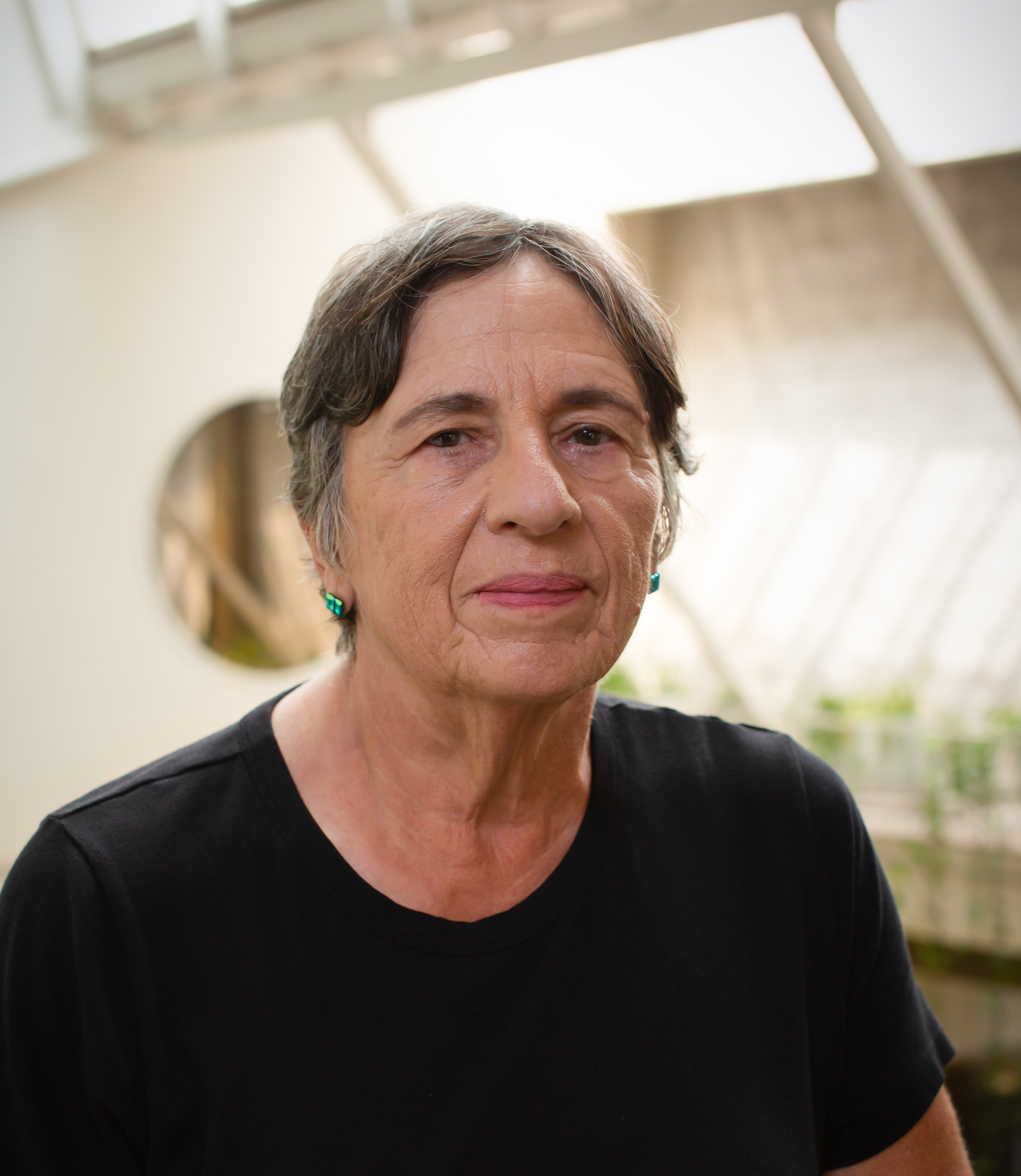 In early March, the Chicago Park District selected Ross Bar­ney and Brook Archi­tec­ture to design DuSable Park—one of the city’s most anticipated and symbolism-laden public projects. Planned since 1987, the park will be located on reclaimed land at the meeting of Lake Michigan and the Chicago River and will honor Jean Baptiste Point DuSable, the city’s first permanent, non-Indigenous settler.

RECORD sat down with Ross Barney to discuss the park, the challenges of designing infrastructure, and other recent work.

Congratulations on your selection, with Brook Architecture, to design DuSable Park. How are you approaching the design of such a prominent landscape with symbolic meaning for all of Chicago?

My partner RaMona Westbrook [of Brook Architecture] did an immense amount of research about Jean Baptiste DuSable before we turned our proposal in. What she was impressed with is the ingenuity and the perseverance that it took to establish an outpost at that point in time. In DuSable’s case, he needed to be able to exist in multiple cultures. At the time that he made his outpost, this was a French-controlled part of the country, and he became perfectly able to get along with the French. Then, later on, it changed to American territory. We want the park to have that same feeling—about grit and perseverance and innovation, how those can serve you in your life.

The other thing the city's doing that I’m glad about is they've engaged us for fairly extensive community engagement. We’re going to start out by asking the people of Chicago, “What does DuSable mean to you? How can this park serve you both as a recreational space and as a representation of the city?” I'm clearing my brain of ideas because I want to hear what people have to say.

I’ve practiced all over the world, but this is my joy when I work in Chicago. It’s my place. I see a poetry about it: you have this immense, flat lake, which feels like an ocean–you don’t see across it. And then [the Midwestern plains] are so flat that it's scary. Chicago happens at the collision of these two amazing landscapes. And it’s very dramatic. I've always enjoyed coming back home.

The Riverwalk that your firm designed is one of the most successful contemporary public spaces in any big city. Did you always believe it would be a popular success?

I think I always believed it would be. There are many architects and planners who had ideas for the Riverwalk long before we did. In fact, it started with Daniel Burnham. Burnham had this idea that it would be a very beautiful promenade. He saw the two levels: one level was for freight, essentially, that led into Lower Wacker Drive, and then the upper level was very civic. And I know Skidmore, Owings & Merrill did plans. I think Harry Weese did plans, too.

Sometimes I doubted that the city would find the money. But I never doubted that it could be a great space or that it was an important scene that needed to be repaired in Chicago’s downtown. It’s a great feeling when people see that a space can change how livable a city is. That's the ultimate reward. I think that's why people become architects.

On the theme of civic spaces, you've been able to design some stations for the Chicago Transit Authority that are bold, striking, and don't look much like what we've come to expect from American transit infrastructure. Has it been a challenge to push strong design ideas in that context?

One of the reasons that [these projects] have been overlooked for a long time—and I think this is changing—is that stations and roadways were in the purview of civil engineers. These were huge civil engineering projects. They were big “E” and little “a,” and they didn't get much architectural design thought. We got early commissions because we’re a woman-owned business, and a lot of federal projects put aside five percent [of the budget] for women-owned businesses. What can women do for five percent? Well, the architecture.

In the earliest projects, we were sort of on the team because they had to have us. And what we did—and I’m proud of this—is we pushed and said, “Fine, the rail costs more. But [the architecture] is what people see and touch. It’s important.” We were fortunate enough to have some people, particularly at the CTA, listen to us.

My favorite one is Cermak [Cermak-McCormick Place station, on the CTA’s Green Line]. That was so much fun because we were building this super small environment, and lifting the tube into place, and finding an engineering solution that was so beautiful that it looked like a cathedral.

I'm hoping you could tell us a little bit about your experience working for McDonald's in Chicago and at Walt Disney World. Were those fun projects? 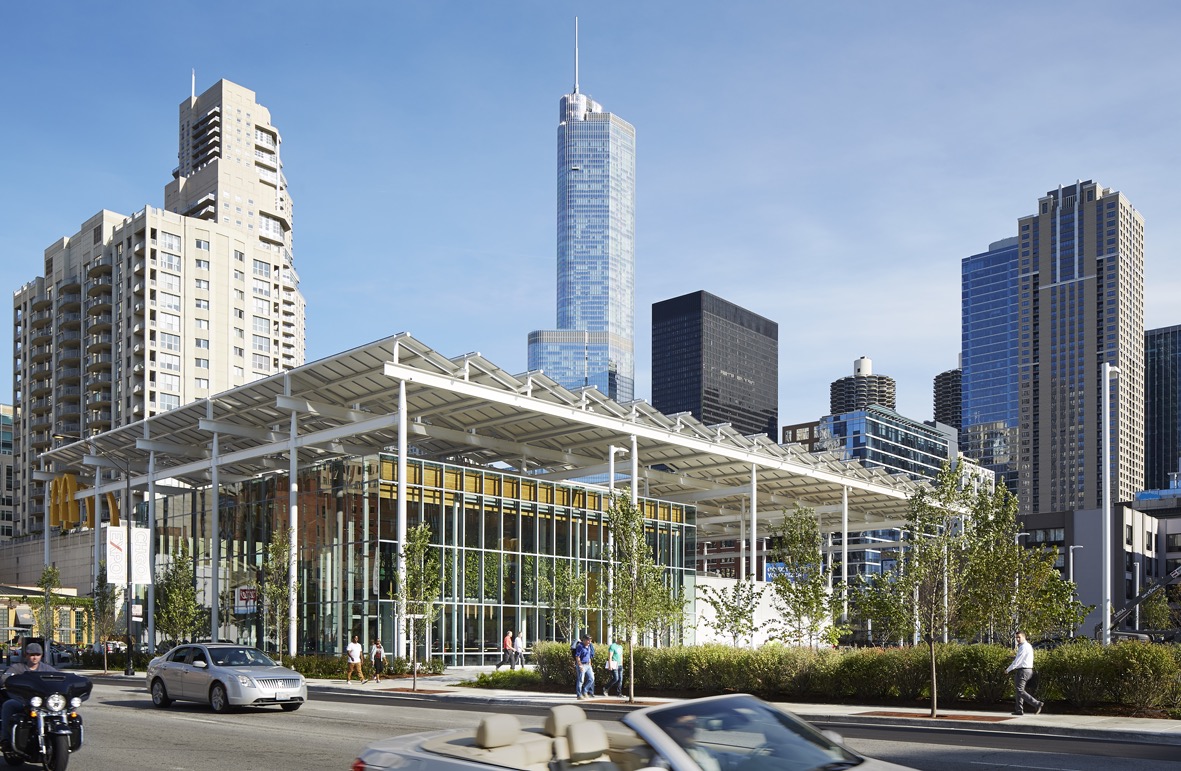 They are so much fun. They're great. My one continuing regret is that people either love McDonald's or they hate them, and then they throw the architecture into the same category. I actually think that McDonald's has been brave in what they've asked us to do.

The first site we did was in Chicago. We read through McDonald’s corporate values, and, especially at the logistics level, they have amazing accomplishments and goals for sustainability. So, we asked: what if we think about this building’s place on the Earth and try to make it as green as we possibly can?

The store achieved LEED Platinum. It was a real eye-opener, both for us and for McDonald's. They were so pleased with it that when they started to remodel one of their other stores, in Orlando on the Disney campus, they came to us and said, “Since you made that one LEED Platinum, let's make this one net-zero.” I was like, oh, wait a minute, what do I do? But now it's tracking through net zero. It's a living building certification and we need a few more months. But it'll be a net-zero-certified McDonald's.