An interview with this year's Jane Drew Prize recipient

Farshid Moussavi, the London-based founder of Farshid Moussavi Architecture and a professor at the Harvard Graduate School of Design (GSD), is known as much for her intellectual curiosity as her eclectic design work. Moussavi rose to prominence in the 1990s with a competition-winning design, with Alejandro Zaera-Polo, for the Yokohama International Passenger Terminal in Japan—a project that pioneered the marriage of social commitment and formal experimentation for which Moussavi is now known.

Moussavi, a graduate of the GSD, has since published several books and completed prominent buildings in a number of countries—from the richly ornamented John Lewis Department Store in Leicester, England (2008), to the angular, reflective Museum of Contemporary Art Cleveland (2012). More recently, she has designed several new housing projects in France including Îlot 19 (2016), a mixed-income apartment block that was the first new housing built in La Défense in Paris in 30 years. 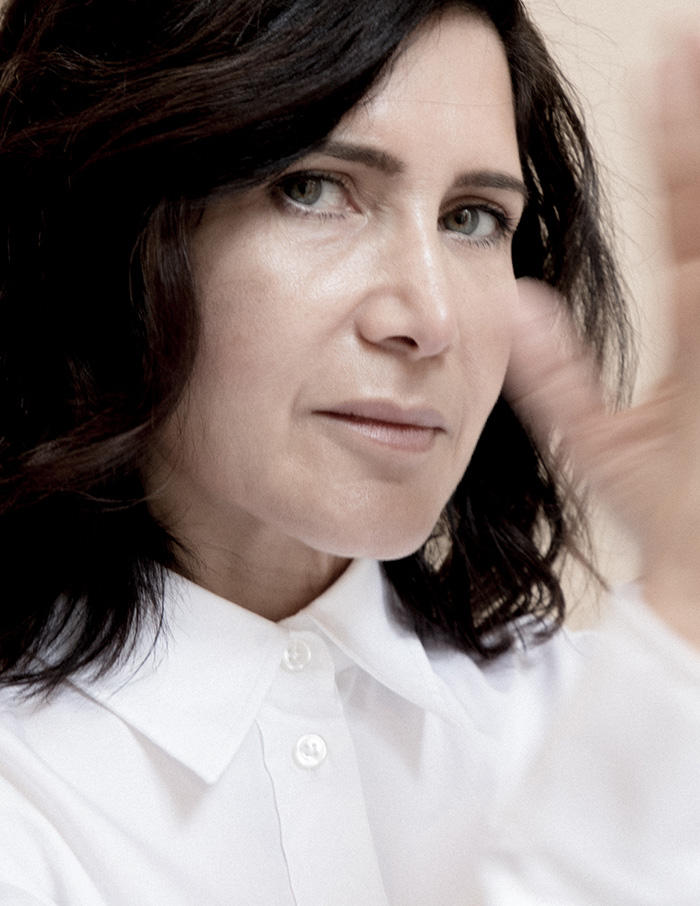 Earlier this year, Moussavi was selected as the 2022 recipient of the Jane Drew Prize, an award bestowed by the UK-based W Awards on a leading female architect who demonstrates innovation in her work and promotes diversity and inclusivity in the profession. Past winners include Elizabeth Diller, Zaha Hadid, and Yvonne Farrell and Shelley McNamara.

RECORD spoke with Moussavi about the meaning of the Jane Drew Prize, the future of housing, and her under-construction Ismaili Center in Houston, among other topics.

What does winning the Jane Drew Prize mean to you?

What I appreciate about the Jane Drew Prize is that it stands for specific things: innovation, diversity, and inclusiveness. It's not just about being a woman. Jane Drew happened to be a woman, but the award has more to do with the kind of contributions she made as an architect. I’m very interested in those subjects and am honored that my work has been recognized in relationship to them. And, of course, coming after a whole string of women architects whose work I admire is also an honor.

You straddle the divide between academia and practice. How does that dual role affect the way you design?

I always teach studios that are practice-related, and that allows me to constantly look for dialogue between the two. In my teaching, I usually take topics that are emerging in practice and I fast-forward, so to speak, using the freedom of academia to develop ways of addressing them. Teaching becomes a form of research for me.

On the one hand, I take the experience that I have in practice and share it with the students, to give it to them as something to spring off from. On the other hand, the preparation for my courses and the conversations we have during studios and seminars become part of a learning process for myself.

Could you introduce us to your recent research around housing?

What my studios do is to try to reconnect housing with larger social questions. When I started out teaching housing, I thought that the nuclear family model for which most housing is designed is a 20th-century invention that has to be questioned. Today we have a plethora of household types, but the housing market is completely ignoring them.

We looked at questions of spatial diversity—how architects can provide a diversity of unit types. But even if you provide people with choice among a diversity of types to begin with, contemporary reality continues to change ever more rapidly, and so do people's lives. It's very important to introduce user empowerment into the design of, let’s say, a multi-story residential block. How do we make it resilient to change?

My studio next fall will look how we might think of housing as a sustainable common, and whether, different forms of sharing or co-living can allow us to use less space and less resources. There’s a history of co-living, back in the early 20th century, of course, and in the 19th century, when people were living all together before everybody was given their own apartments. And there have been more recent experiments. When you map that history, you start to ask, well, what’s actually right? What’s the right framework that allows people to have sufficient freedom to express themselves and live the way they want, but at the same time, share and come together?

Where will the studio be held?

It will be my first time teaching a GSD studio abroad. The location is Arles, in the south of France, which is a very good place to test the idea of the sustainable common, because it's a city that is next to nature reserves. And it’s a city that has a lot of tourism, so many people come and go and the city's population doubles and triples regularly. At the moment, visitors, permanent residents, and seasonal workers are all housed in different kinds of accommodations. And I think that thinking of them together will save quite a lot of space and energy.

Which project are you working on now that you find most exciting?

Our most exciting project is the Ismaili Center in Houston. It is a very special project because it's a community center, so obviously it's not done for speculation. The client, Aga Khan, is a patron of architecture who believes that good architecture improves—or is synonymous with—quality of life. He believes that architecture can inspire, and that it's important as a way to bring people together. So if we do a bad job, it's going to be our own fault! [Aga Khan IV is also known for launching and funding the prestigious Aga Khan Award for Architecture.]

Of course, buildings take time and there are so many factors that are at play other than the architect’s or the client's intentions. Architecture is like sailing on an unknown sea. Who would've thought that we would suddenly have the war in Ukraine, or that suddenly the supply of materials for which we had already designed would not be available? But this project is an amazing opportunity. It’s been fantastic to work on, and it’s now under construction, so we’re busy.