For its main exhibition this fall, Finland’s Design Museum presents the work of the renowned designer couple Antti Nurmesniemi and Vuokko Nurmesniemi, interior designer and textile artist respectively. Working both separately and together in the fields of architecture and fashion as well as interior design, the designers were widely influential in the development of the Finnish design industry in the late 20th century. See designmuseum.fi/en.

The first solo exhibition of high-rise architect Ole Scheeren, who founded his eponymous firm in 2010, will be displayed at the ZKM|Center for Art and Media this winter. The German architect, who was born in Karlsruhe, began his career at the OMA office in Rotterdam and became known for his monumental and experimental projects, including the award-winning China Central Television Station in Beijing and the Interlace building in Singapore. See zkm.de/en.

Schindler House: 100 Years in the Making
Los Angeles
Through September 25, 2022

Built in 1922, R.M. Schindler’s iconic West Hollywood home has had countless lifetimes in its 100-year history. The architect originally built the house as an experiment in communal living for himself, his wife Pauline, and their friends Clyde and Marian Chace. Since 1994, it has served as the headquarters of Museum of Applied Arts (MAK) Center for Art and Architecture, an independent satellite of the MAK Museum in Vienna. To celebrate the house’s centenary, MAK presents a “gentle timeline” of its making and unmaking through an exhibit curated by MAK Center director Jia Yi Gu, with architectural historians Gary Riichirō Fox and Sarah Hearne. Historical materials are displayed alongside contemporary contributions by artists including Carmen Argote, Kathi Hofer, Fiona Connor, Julian Hoeber, and Peter Shire. See makcenter.org.

Over 350 pieces of work by the Pritzer Prize–winning architect Aldo Rossi are on display at the Museo del Novecento. Rossi was known for his innovation and high-profile collaborations with brands such as Designtex, Artemide, Alessi, and Up&Up. Curated by Chiara Spangaro, with layout and interiors designed by Morris Adjmi Architects, the exhibit is presented throughout nine galleries and highlights the influence of the architect’s experimental use of color and materials on contemporary design. For more information, see museodelnovecento.org. 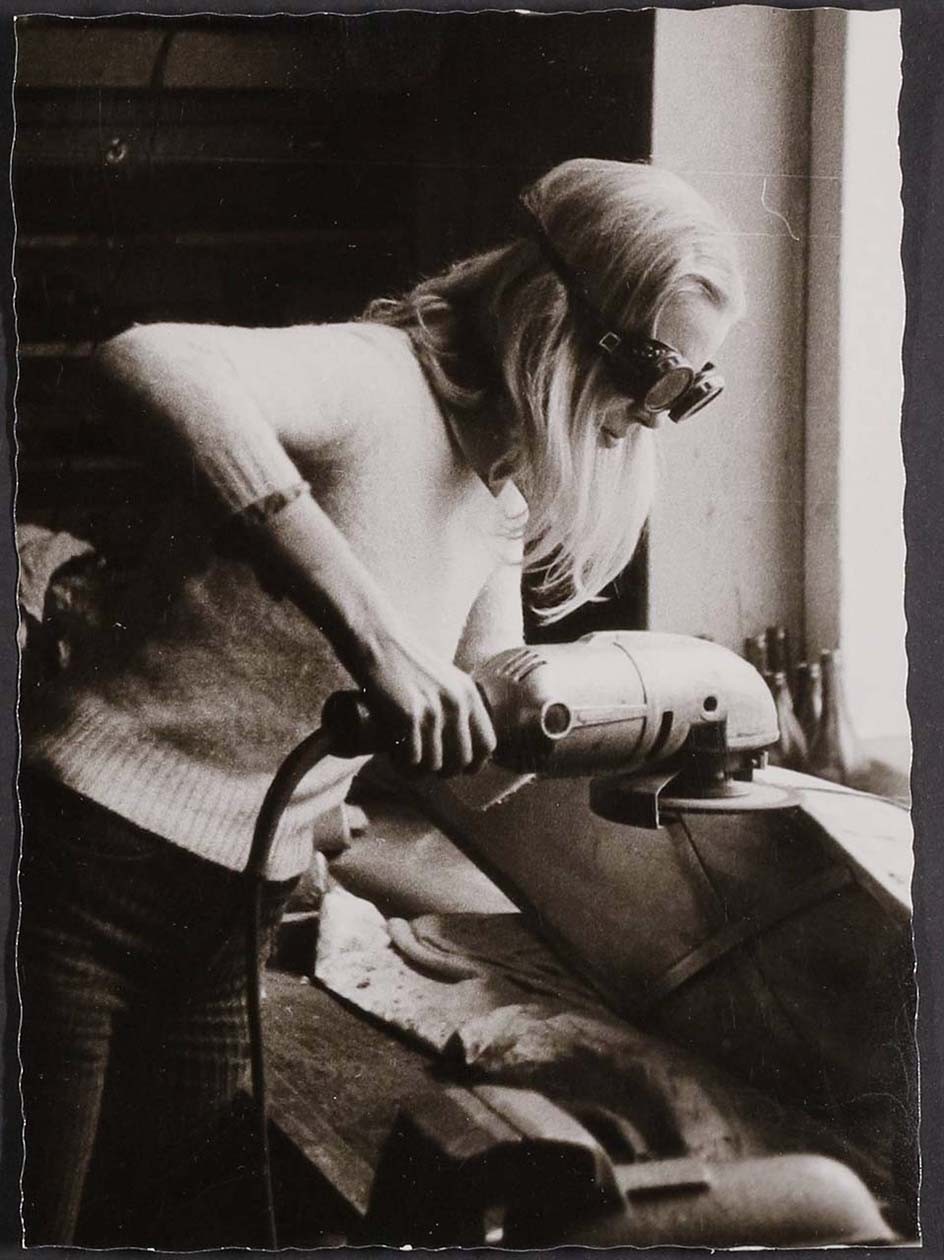 This exhibit, at the MAK Exhibition Hall in Vienna, offers the first comprehensive view of the work of avant-garde architecture group Missing Link. Founded in 1970 by Angela Hareiter, Otto Kapfinger, and Adolf Krischanitz, the group’s body of work ranged from utopian proposals for collective living to research studies of urban networks in Vienna.   Also on display are works by the group’s contemporaries, such as Hans Hollein and Joseph Beuys, as well as forays into the history of Viennese coffeehouse culture and the architecture of Red Vienna. See mak.at/en.

This international horticultural exhibition takes place once every 10 years and features temporary pavilions that showcase the latest horticultural developments from around the world. This year, architecture firm MVRDV was selected to design the 60-hectare master plan for the six-month event. The firm imagined the site as a model for sustainable urbanism, anchored by an underlying arboretum concept. An alphabetical library of trees and plants is arranged in a strict grid, providing the layout for the pavilions. After the event concludes this fall, the site will be transformed into a new, green residential area for the city. See floriade.com.

Last September, Design Exhibition Scotland launched an open call to architects, designers, and artists from across the country to create new prototypes for the park bench. The selected designs—by Rekha Maker, C.A. Walac, Chris Dobson, and Dress for the Weather x Stefanie Cheong—are now on display on the grounds of Mount Stuart, a 19th-century mansion on the Isle of Bute. A diverse array of materials, including sandstone, marble, locally sourced wood, and recycled plastic, pay tribute to the history and materiality of the palatial estate. See designexhibitionscotland.co.uk.

The Garden of Privatised Delights
London
Through October 15, 2022

Originally shown at the Venice Architecture Biennale, this exhibit, at the Building Cen-tre, was commissioned by the British Council and curated by Madeleine Kessler and Manijeh Verghese of London-based firm Unscene Architecture. The show, whose title refers the Hieronymus Bosch triptych, explores the idea of privately owned public space in the UK and calls for new approaches to the conflict between private interests and the public good. A number of British architecture firms, among them the Decorators, Studio Polpo, and vPPR Architects, present seven inclusive reimaginings of privatized public spaces including pubs, high streets, playgrounds, and public restrooms. See buildingcentre.co.uk.

Over 200 works are on display at the Metropolitan Museum of Art in the first posthumous retrospective of photographers Bernd and Hilla Becher. The German-born couple was known for their work documenting the disappearing industrial architecture of the postwar era. Using a large-format view camera to capture grain silos, blast furnaces, gas tanks, and other such “anonymous sculptures,” the Bechers arranged their findings in “typologies,” or grids of between four and 30 photographs. See metmuseum.org.

This inaugural event showcases design and innovation in lighting for the built environment. Over two days, the program will cover a wide range of topics vital to building designers, owners, and operators, including site tours, product showcases, and CEU-accredited educational material presented through both individual and panel discussions. Lawrence Scarpa of architecture firm Brooks + Scarpa and Thomas Paterson of lighting design firm Lux Populi will present keynote addresses. LightSPEC West is free to attend. To register and learn more, see lightspecwest.com.

The ninth edition of the festival will take place in the city of Porto rather than Lisbon this year. The festival organizers have invited filmmakers to submit projects, from animated shorts to long-form documentaries, with the theme of Slow Down!—referring to practices of “reducing, reusing, demolishing, or subtracting” architecture. This edition underscores the importance of the moving image as a tool to broaden public understanding of the interdisciplinary industry. Film prizes (for which entries closed in June) will be in the categories of documentary, fiction, experimental, new talent, social awareness, and audience. See arquiteturasfilmfestival.com.

This year, the largest architecture festival in Scandinavia addresses the theme 'Sense of Place,' asking architectural professionals to “explore the transition where physical space becomes ‘place’ and the built becomes more than mere construction.” The program includes lectures, exhibitions, debates, and film screenings throughout the city of Copenhagen. This year, the festival is collaborating with the Danish Architects Association, which will explore the same theme in events at cultural institutions across Denmark. See en.cafx.dk/festival.

The Neon Museum (in a building Paul Revere Williams designed, in which iconic Las Vegas neon signage is collected) celebrates the decades of architectural innovation, particularly in hospitality design, that define Las Vegas. The four-day event will include speakers such as urban planner Alan Hess and architect Jon Sparer, the team behind the Mirage, Paris Las Vegas, and the Bellagio. Duck Duck Shed draws inspiration from the book by Denise Scott Brown, Robert Venturi, and Steven Izenour, Learning From Las Vegas, which posits that Vegas buildings fall into categories of either “ducks” (whose forms are represented through unique shapes) or “decorated sheds” (generic in terms of signs and décor). The event is sponsored by the Commission for the Las Vegas Centennial. See duckduckshed.com.

4th Quadrant, a real-estate development group in the Czech Republic, is seeking an architecture and design team to redevelop an area surrounding Victory Square in the city of Prague. The design should address the deficit of civic amenities, shops, and services for residents of the adjacent residential areas while honoring the original 1924 master plan by Antonín Engel. Six to 10 firms will be selected in the initial round of applications, based on portfolio submissions. Design proposals will then be developed by them in conjunction with 4th Quadrant, the City of Prague, and the Prague University of Chemistry and Technology. Competition participants will receive cash prizes over three design phases. For more, see 4kvadrant.cz/en.