When a historic flood damaged the University of Iowa Museum of Art in 2008, the institution’s prodigious collection was placed in storage or loaned to other institutions while a new, safer home for the valuable works could be designed and built. Now, 14 years after the flood, the collection of 1,700 pieces of art is once again under one roof with the opening in August of the Stanley Museum of Art on the university’s Iowa City campus. The Des Moines office of architecture firm BNIM has created a stylish new building—elevated enough to help keep the contents dry should the Iowa River (located about a block west) jump its banks again—yet one that feels connected to the surrounding campus.

During the 2008 flood, workers and volunteers scurried to save the holdings—including seminal 20th-century pieces and an impressive collection of African art—from the rising waters, although about 200 pieces ended up requiring conservation. The old museum, designed by Harrison & Abramovitz (1969) and located on the west side of the Iowa River just north of the Stanley, though structurally sound, was deemed unsuitable for exhibiting art.

The new three-story museum, with its concrete frame and striking dark, manganese iron-spot brick cladding, sits 7 feet above the flood plain, or 2 feet higher than the 2008 flood. The 63,000-square-foot building overlooks Gibson Square Park, a one-acre green space that acts as the museum’s front yard. Carey Nagle, a BNIM principal, says the key challenge—among many—was to design the building “in a graceful way, both to provide a strong presence and connectivity to the park.”

The building manages to accomplish both. With its elevated height and strong horizontal lines, the Stanley helps frame the park, along with two early 1970s structures: the Main Library, a monumental, redbrick complex to the north, by Charles Richardson and Associates of Davenport, Iowa, and the geometric Lindquist Center educational research building to the east, by SOM’s Walter Netsch. Notable post-flood additions to the campus include a visual-arts center by Steven Holl Architects, a building for the music school by LMN, and a performing-arts center by Pelli Clarke Pelli, all completed in 2016.

Keeping the Stanley out of reach of future flood waters does have a cost. Patrons have to hike 14 steps to reach the front door, or use an accessible ramp with a gentle rise. At the top of the steps, a cantilevered corner of the building, with white ash wood slats on its underside, forms a welcoming canopy that beckons visitors. (Patrons can also enter directly from the building’s underground parking garage via elevators.) White ash slats appear throughout, including the lobby (1) and a third-floor hallway (2). Photo © Nick Merrick (1), Michael Robinson (2), click to enlarge. Once inside the museum—admission is free—visitors find a comfortable first-floor lobby with full-height glass affording views of the park and walls, and ceilings finished in the same white ash used under the entry canopy (the material becomes a leitmotif throughout the interior). The wide open, L-shaped room—the first floor’s only public space, since nearly 60 percent of the level’s square footage is devoted to mechanical systems and other back-of-house functions—was conceived to host small-scale performances and rotating installations by contemporary artists. The first such installation on display is a colorful abstract mural created by the Philadelphia-based, Nigerian-born artist Odili Donald Odita.

In addition to keeping flood waters out, the museum’s design also plays an elaborate game of hide-and-seek with the sun. The exterior is largely solid and windowless in order to keep damaging rays away from the artworks. “It became a real sculptural challenge,” says BNIM principal Rod Kruse. “How do you take a three-story building, with more than 20,000 square feet per floor, that’s basically solid, and articulate it in a way to make a beautiful form?” The projecting patterns and color variations in the iron-spotted brick create a textured building skin (above and top). By carving terraces and a courtyard out of the nearly solid volume, the architects brought daylight into the building’s interior.

In response to this design dilemma, BNIM detailed the masonry skin with patterned projections and textured brick that seem to change from dark blue to purple, depending on the weather and mood of the sky. The architects also carved out terraces, light wells, and a courtyard from the nearly monolithic volume to allow daylight into offices and conference rooms, and to highlight circulation pathways. These routes are not only horizontal but also vertical, including a glass-enclosed central staircase and light well that is a work of art itself, with its dark perforated-metal risers, and balustrades that give the feature a lightness and elegance. The white ash shows up again here in the handrails and on the walls on each landing. Sustainability has long been a focus of BNIM’s work, and the museum is no exception, with resilient-design strategies such as the below-grade parking garage that doubles as a basin to capture river overflow. With efficiency features that include a highly insulated building envelope and a heat-recovery chiller system that keeps the interior at a constant 70 degrees Fahrenheit while maintaining the necessary humidity for art conservation, the museum is expected to use 35 percent less energy than the baseline required by code.

Some of the finest art on the planet happens to reside at the Stanley, including its signature piece, Mural, a 1943 painting by Jackson Pollock that is again on display here after being exhibited across the world following the flood. The 8-foot-tall, 20-foot-wide work was commissioned by Peggy Guggenheim, who then donated it to the university in 1951.

But, in addition to making such work accessible to the public, the building—an intriguing mix of form, function, and material—also helps the university uphold a century-old dedication to the study and conservation of art, says museum director Lauren Lessing. The museum facilitates both intimate discussions in the galleries around works of art as well as structured learning in dedicated visual-arts classrooms. “The building allows us to do more,” she says. Work currently on view at the Stanley includes midcentury color photography by Gordon Parks, rich textiles from Nigeria, Egypt, and Liberia, and indigenous art from many regions, including the Americas and Oceania. The pieces are part of an expansive three-year inaugural exhibition, appropriately titled Homecoming. 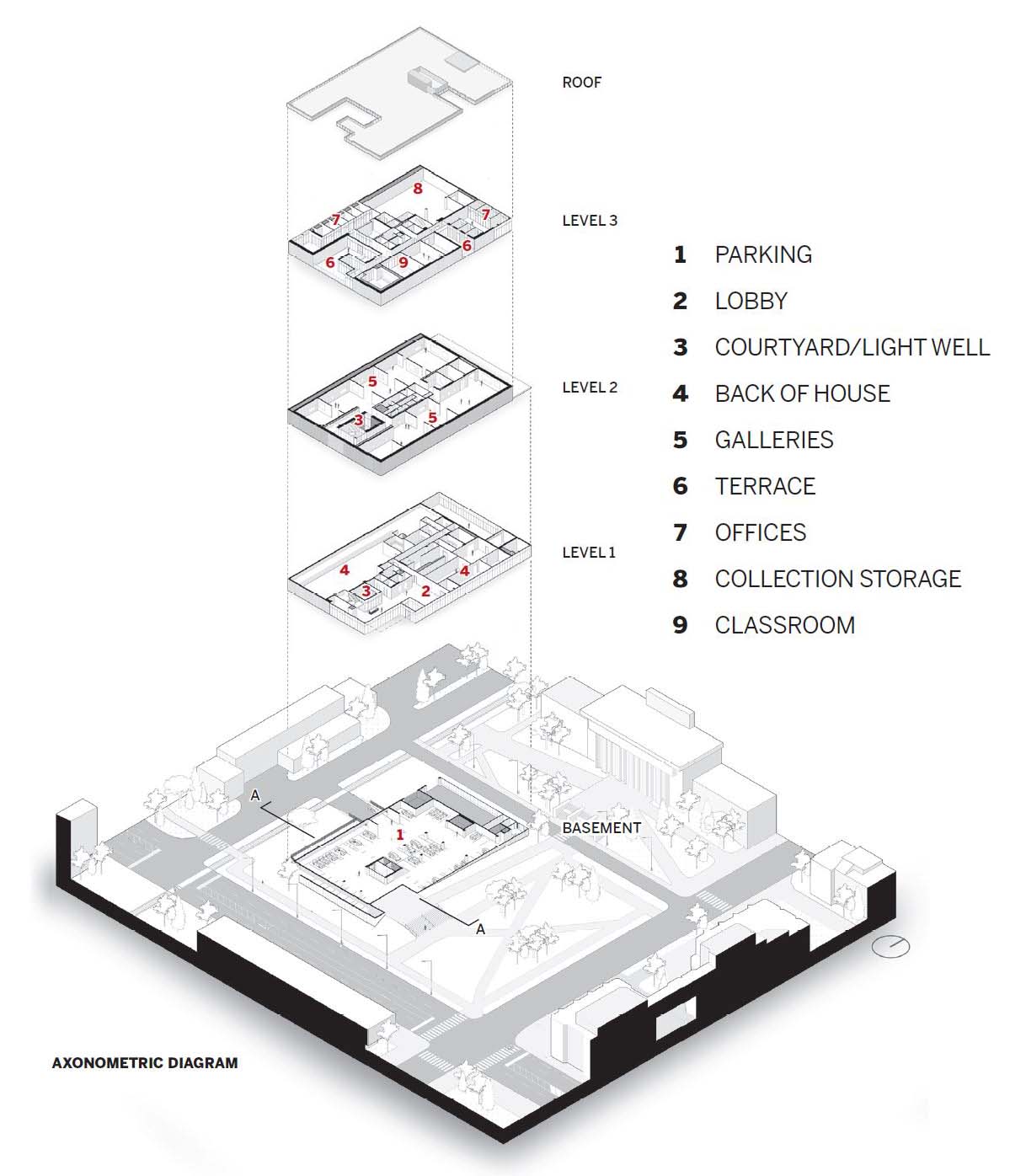 Film by Spirit of Space.