Two years and two days after the United States Capitol was trashed by supporters of former president Donald Trump resulting in millions of dollars in property damages, an uncomfortably similar scene played out earlier this week in the Brazilian capital of Brasília, albeit against a strikingly different architectural backdrop.

In lieu of tactical gear–clad rioters scaling sandstone walls on the western front of the Neoclassical U.S. Capitol complex on an overcast mid-Atlantic afternoon, the images that emerged from the January 8 insurrection in Brasília were dominated by swarms of yellow- and green-garbed Bolsonaristas. These loyalists of former far-right Brazilian president Jair Bolsonaro descended on a trio of Modernist government buildings that comprise the civic nucleus of a larger UNESCO World Heritage Site. Brasília, a city of the future—with winding ramps, sweeping plazas, flat rooflines, and reflecting pools—plotted out more than 60 years ago in the heart of the Brazilian highlands by Oscar Niemeyer, Lúcio Costa, and Joaquim Cardozo, was under siege.

Like the deadly January 6, 2021, melee at the U.S. Capitol, the invasion of Brasília’s Três Poderes Plaza—including Niemeyer’s National Congress building, the Supreme Federal Court, and Planalto Presidential Palace—lasted for several excruciating hours before the mob of thousands was fully cleared. And like on January 6, the destruction left behind was vast: windows were smashed, fires were set, statues were toppled, and masterworks of a Pritzker Prize–winning architect were marred. 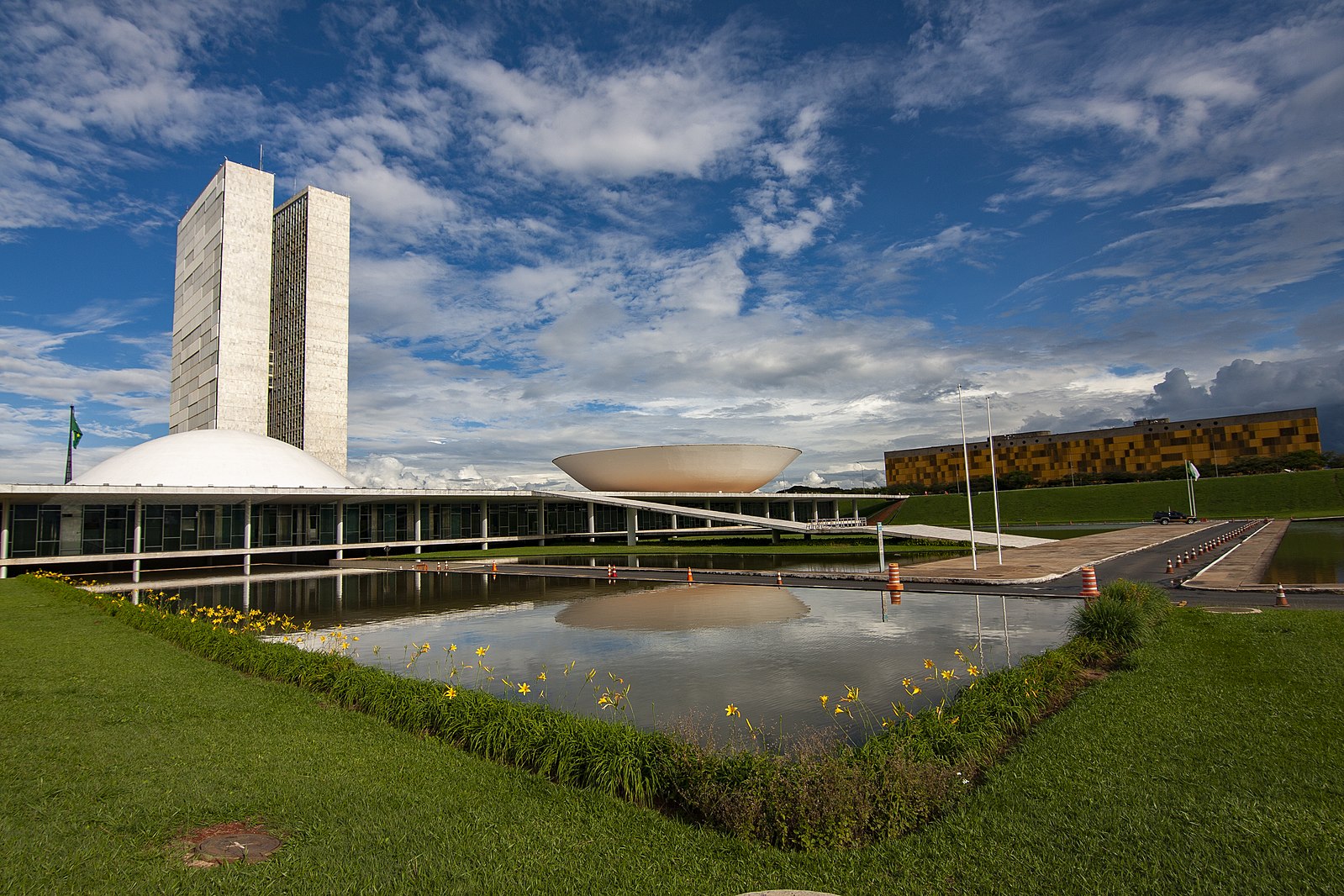 The National Congress building, one of several Niemeyer-designed Modernist landmarks in Brasília. Photo by Dasfour2022 via Wikimedia Commons

As a monetary estimate of the damage is being finalized following the ransacking, UNESCO said that it “regrets and strongly repudiates” the events of January 8 in a statement and has offered assistance to Brazil’s Ministry of Culture, led by Margareth Menezes under newly elected (third timer) president Luiz Inácio Lula da Silva, in restoring defaced art and cultural artifacts housed in the three buildings breached by rioters.

As detailed by UNESCO, the Ministry and the National Institute of Historic and Artistic Heritage (IPHAN) are working to “certify the exact consequences of the attacks on the heritage and to declare which artworks will need restoration.”

“Furthermore, it is already confirmed that the acts of vandalism have ruined several areas of these buildings, collapsing valuable heritage items,” added the organization.

Dispatches from Brazilian news organizations have painted a grim picture ahead of a full governmental report on the destruction. Furniture, in some instances used by insurrectionists as barricades, was trashed or stolen. At Planalto Palace, Modernist painter Emiliano di Cavalcanti’s Mulatas (1962), valued at $1.5 million, was reportedly slashed multiple times; several sculptures including works by Bruno Giorgi and Frans Krajcberg, sustained damage. At the National Congress, a low-slung block with a pair of massive domes—one of them inverted—famously topping its roof, Marianne Peretti’s stained-glass Araguaia (1977), was also confirmed as damaged by UNESCO.

While Brazil's Modernist heritage has been under increasing threat nationwide for some time, Brasília in particular has been subject to headline-grabbing acts of degradation in recent weeks and months. Just days before the violent insurrection, Brazilian news channel GloboNews reported that the formal presidential residence, Alvorada Palace, was left in a state of extreme disrepair after Bolsonaro had vacated the property and subsequently decamped to Florida, where he was hospitalized for abdominal pains the day after the riots. Bolsonaro has yet to concede to Lula following a runoff election held on October 30, 2022.