Celebrating 125 Years: The Past

A brief history of the magazine's critical coverage.
Suzanne Stephens
One Comment

Fifty years ago, in the 75th-anniversary issue of RECORD, editor in chief Emerson Goble addressed an issue he was constantly asked about—why the magazine wasn’t as critical as it had been in its early years.

Frank Lloyd Wright’s Larkin Building in Buffalo was a singular achievement in architectural history, if underappreciated.
Jack Quinan
No Comments

Architecture was an all-encompassing endeavor for Frank Lloyd Wright, and the creation of his persona an ongoing project synonymous with his work. 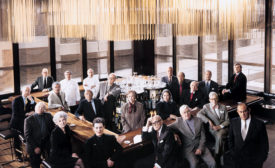 The Four Seasons Restaurant, designed by Philip Johnson in 1959, leaves the Seagram Building with only memories intact. 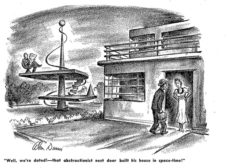 He Who Laughs Last: Alan Dunn

A cartoonist for RECORD found fodder in mid-20th-century architectural debates. His insights are still timely.
Suzanne Stephens
One Comment

One of the most incisive architectural critics of the 20th century, whose work was regularly published in record, was a cartoonist. No joke.

Born to Design: A couple from the San Francisco Bay Area advanced the cause of modernism using architectural and graphic expertise.
Kenneth Caldwell
One Comment

Charles and Ray Eames may have been the most famous Midcentury Modern design pair in the Americas, but they were not the only professional couple who contributed to its development. 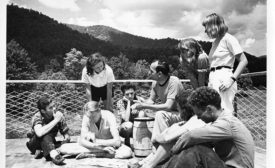 A longtime editor of RECORD, who was also an architect and teacher, embraced both the past and the future during the development of modernism in America.
Suzanne Stephens
One Comment

A longtime editor of RECORD who was also an architect and teacher, embraced both the past and the future during the development of modernism in America. 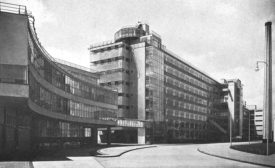 When Modernism Was Young 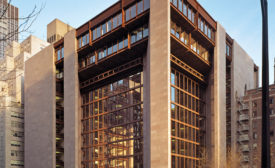 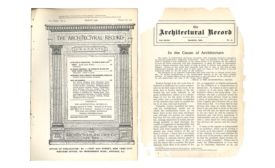 The first essay of Frank Lloyd Wright's "In the Cause of Architecture" series for Architectural Record.
No Comments

Radical though it be, the work here illustrated is dedicated to a cause conservative in the best sense of the word. At no point does it involve denial of the elemental law and order inherent in all great architecture; rather it is a declaration of love for the spirit of that law and order and a reverential recognition of the elements that made its ancient letter in its time value and beautiful. 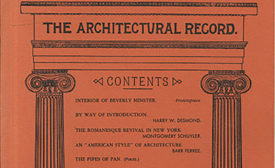 Architectural Record turns 125 this year. In celebration, we present memorable moments from the magazine’s early days.
Suzanne Stephens
One Comment

Frank Lloyd wright did not take criticism lightly. He was furious at the stinging denunciation of his revolutionary Larkin Building in Buffalo that was published in Architectural Record in April 1908. Its author, Russell Sturgis, an eminent architect and historian who had written for RECORD since its inception in 1891, called Wright’s office building for a mail-order soap company “ungainly” and “awkward.” Wright retaliated in an unpublished reply that it was “pathetic” to see a well-respected critic “picking over bit by bit his architectural ragbag for architectural finery wherewith to clothe the nakedness of the young giant.”