Laura Raskin
No Comments
Roman Mars raised over $170,000 on Kickstarter for the third season of his "tiny" radio show about design, 99% Invisible. © Raymond Ahner Roman Mars, host of 99% Invisible. As host of the weekly radio show and podcast 99% Invisible, Roman Mars takes a democratic interest in the stories behind all kinds of design. With typically “tiny” 4- to 10-minute segments (a project of KALW in San Francisco), Mars has explored the past and future of the Purple Hotel outside of Chicago, designed by John Macsai, the sound of the World Trade Center towers “breathing,” and depression induced by airport
Read More

Located on 75 acres of preserved land in New Canaan, Connecticut, the 65,000-square-foot transparent volume will serve as a headquarters for the nonprofit Grace Farms Foundation.

Laura Raskin
No Comments
The Carnegie Museum of Art's White Cube, Green Maze highlights a more democratic and dispersed model of museum-making. Children explore Convex/Concave, an outdoor sculpture by Dan Graham at the Jardín Botánico de Culiacán. An exhibition at Pittsburgh’s Carnegie Museum of Art highlights a new trend in museum design—away from Bilbao-esque icons and toward a more democratic model in which architects, often working in teams, create dispersed structures that defer to the surrounding landscape, as well as to the visitors’ journey. White Cube, Green Maze: New Art Landscapes opens tomorrow, September 22, and runs through January 13, 2013. It will then
Read More 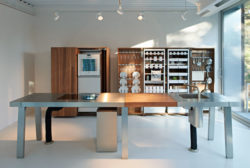 Sweden
Laura Raskin
No Comments
The remote northeastern peninsula of Furillen, on the island of Gotland, is about as far as one can go in Sweden before the Baltic gives way to Eastern Europe.
Read More 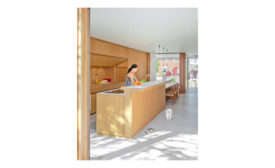 According to architect Donald Chong, when his clients wanted to build a house in The Beaches, a popular Toronto neighborhood, “they were committed to the idea that they could live well in a compact square footage.

Johnsen Schmaling's Stacked Cabin in Muscoda, Wisconsin, adheres to the program of the traditional wooded retreat, with an emphasis on flexibility.
Laura Raskin
No Comments

Johnsen Schmaling's Stacked Cabin in Muscoda, Wisconsin, adheres to the program of the traditional wooded retreat, with an emphasis on flexibility.

In 1996, architect John Denton purchased 150 acres of land—78 of them under vine—in the middle of the Yarra Valley, about an hour’s drive from Melbourne; think of it as Napa Valley’s Australian cousin.

Michael Folonis reacted with baffled delight when he was chosen to design the 50,000-square-foot, three-story UCLA Outpatient Surgery and Medical Building in Santa Monica.

Larry Scarpa grew up in Florida, where the heat and humidity kept him indoors.

The Guangzhou Municipal Government’s brief for a new opera house was ambitious: the building had to be able to host Chinese and Western operas of the highest caliber, as well as be a welcoming civic center, open and accessible to all.