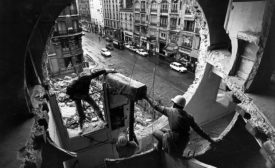 'Gordon Matta-Clark: Anarchitect' at the Bronx Museum of Art

On view through April 8, a new exhibition makes a case for Matta- Clark’s artistic and social importance. 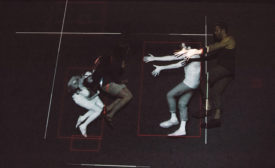 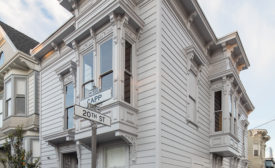 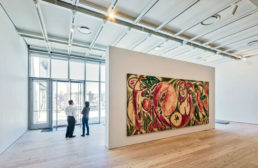 Close-Up: The Art in the Whitney Museum Shines in its New Home

Peter Plagens
No Comments
August 2014 Discipline Problem: The relationship between art and architecture in recent decades has ranged from sympathetic complicity to outright hostility. Photo courtesy of the Artist and Meessen De Clercq, Bruxelles Unbuilt 5'Magn's Th. S Bl'ndal Residence, S'lvellir 18, 1925' Architect: Einar Erlendsson, 2012. The artistGordon Matta-Clark's most famous instance of what he called “anarchitecture” amounted to cutting through an abandoned house, as one would a cake, and then tilting the two halves slightly so as to reveal a slim vertical “V” of empty space between them. However physically destructive his actions toward the built environment might have appeared, it
Read More 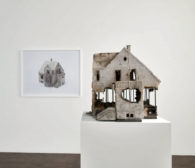 The relationship between art and architecture in recent decades has ranged from sympathetic complicity to outright hostility.
Peter Plagens
No Comments

For decades, Dan Graham has created pavilions that play with viewers’ perceptions of space. His Hedge Two-Way Mirror Walkabout, 2014, a collaboration with the Swiss landscape architect Günther Vogt, is installed on the roof of New York’s Metropolitan Museum of Art through November 2.

Plays Well with Others

Peter Plagens
No Comments
Report card: Zaha Hadid's MAXXI turns out to be a good place to see art. There's a giant, white, habitable sculpture sitting in the midst of Rome's nondescript Flaminio district just north of the city center. Its exterior juxtaposes sinuous curves and sharply angled planes, and its interior flows in smooth, serpentine capaciousness. It's Zaha Hadid's National Museum of XXI Century Arts (better known as MAXXI), and doubtless it's a work of art itself. But museums aren't supposed to be stand-alone masterpieces. They're supposed to display and enhance other works of art to visual and contextual advantage. The 228,000-square-foot MAXXI
Read More
Subscription Center
More Videos