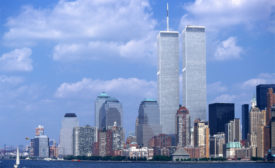 From remembering those lost in the attack and rescue efforts to memorializing how New York came together to rebuild, RECORD recalls its coverage since 2001. 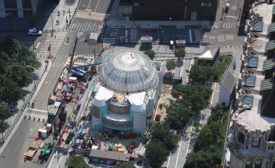 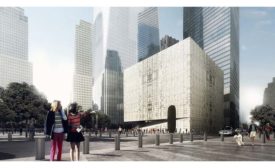 Designed by Joshua Prince-Ramus of REX, the Ronald O. Perelman Performing Arts Center will be a marble-clad cube.
Fred A. Bernstein
One Comment

By the time Joshua Prince-Ramus was hired to design what is now called the Ronald O. Perelman Performing Arts Center at the World Trade Center, Charcoalblue, a theater design firm with studios in New York and London, had already come up with a layout for the building's three performance venues.

An urban planning expert identifies the real next steps for the World Trade Center site.
Kevin Lerner
No Comments

Whitaker, with the help of students and the staff at Craig Whitaker Architects, undertook a months-long study of the planning issues that face potential World Trade Center designers before anything else can be done. 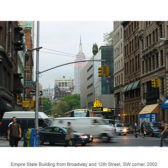 For those of us who live in the shadow of an empty sky, there is a particular duplication of mourning, for what was once and is now gone, but also for what is to come.

The architecture of Daniel Libeskind follows two distinct threads--the geometry employed in his Holocaust Memorials, and the geometry of those buildings whose purpose is life and regeneration. But is there a difference between the two types? And if not, does Libeskind's architecture make sense for the former site of the World Trade Center? 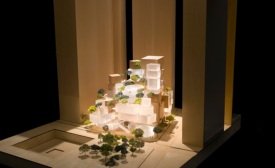 The performing arts center that was part of Daniel Libeskind’s original master plan for Ground Zero has come a step closer to being built, but at one-third of its original size.

What is the status of the development of Two World Trade Center?
Anna Fixsen
One Comment

Read More
In the Cause of Architecture

What the new WTC plans accomplished and what they're up against.
James S. Russell, FAIA
No Comments

When splashed across newspapers, television screens and Web sites worldwide on December 18, the nine proposals for the World Trade Center site may have looked like a brave new skyscraper world—to paraphrase the headline of December 19th’s New York Daily News—or an exhibition of architectural ego as Lisa Rochon put it in the Toronto Globe and Mail.