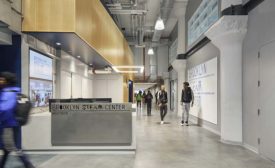 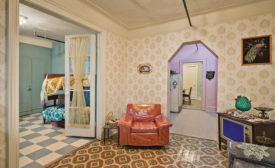 With the help of Perkins Eastman, the Tenement Museum in New York has expanded into a separate, five-story building. 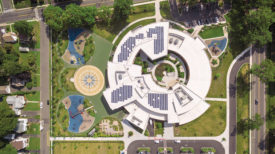 A primary school's new building in Connecticut is inspired by its global approach to learning. 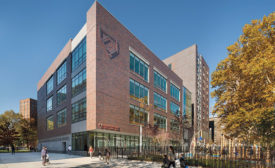 A charter school with an ambitious urban mission stands out with stately simplicity.
Suzanne Stephens
No Comments

You might say that East Harlem in Manhattan is well-known for the wrong reasons, such as high rates of crime and joblessness. But the neighborhood, traditionally called El Barrio for its largely Latino population, has shown significant signs of change—and not just gentrification as landlords renovate apartments to lure young professionals able to pay higher rents.

Avenues: The World School by Perkins Eastman and Bonetti/Kozerski Studio

A 'soft' floor used for office space can be converted into inpatient care rooms if needed.
No Comments