An ambitious new library and events center designed by David Adjaye opened to the public in Winter Park, Florida on Saturday, December 11. The $41.7 million complex consists of three structures, elevated on a podium, overlooking a small lake at the corner of Martin Luther King, Jr. Park in the Orlando suburb. The two-story library, an adjacent events building with a roof terrace, and an arrival pavilion, each rose-tinted concrete, are designed with dramatic structural arches and outwardly canted walls. Large windows bring in natural light and connect visually to the surrounding park. 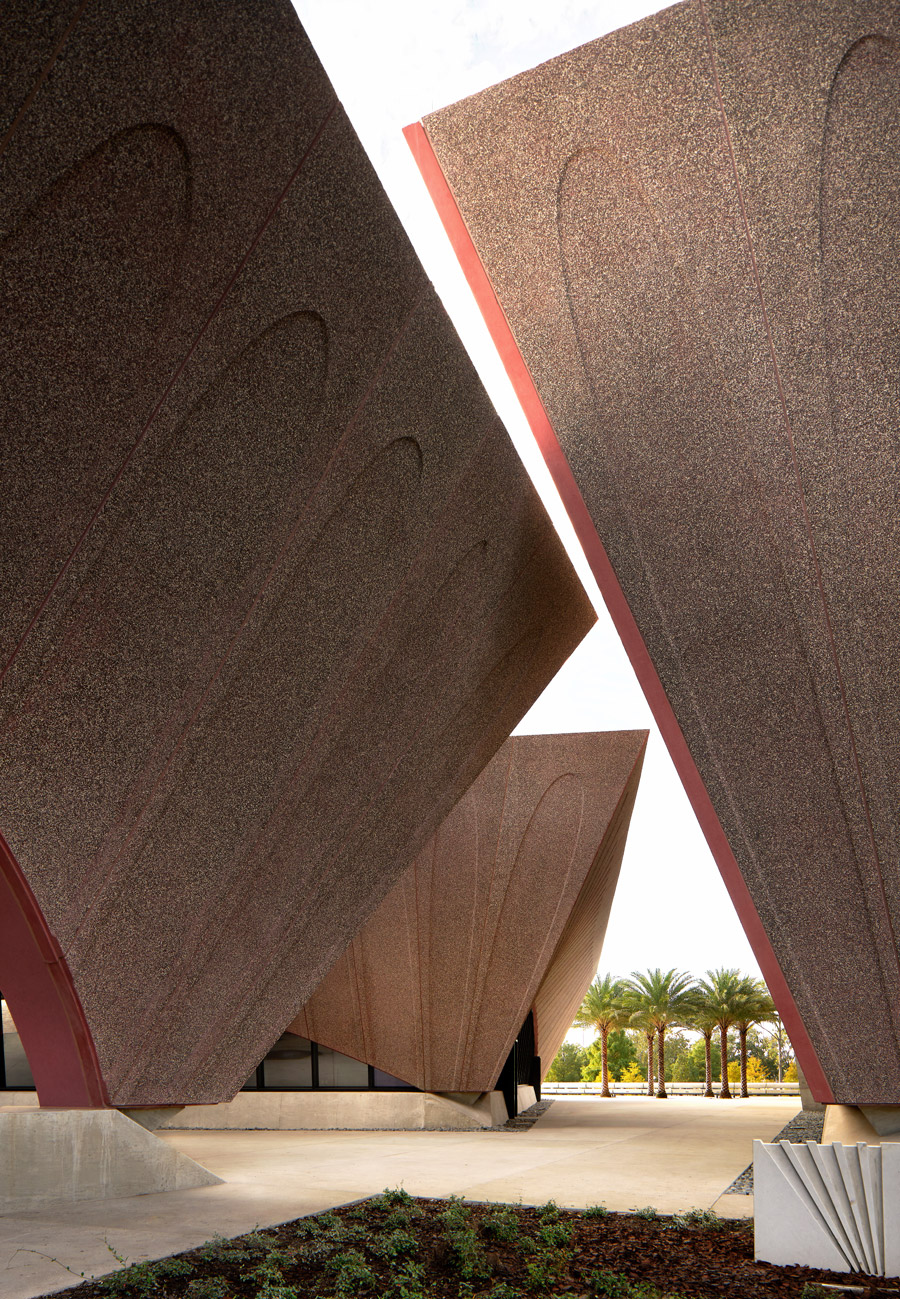 The project advances Adjaye’s interest in libraries as vital community centers, as demonstrated in two such facilities he designed for neighborhoods in Washington, D.C. a decade ago. The new 35,000-square-foot-library contains areas for collections, an auditorium, maker spaces, and a continuing education, technology and entrepreneurship center. The 18,000-square-foot events pavilion has a ballroom, meeting rooms, and outdoor seating; it is expected to generate rental income that will go into the general fund of the City of Winter Park, the client for the project. Adjaye Associates worked with local architect of record HuntonBrady Architects.

The path to a new library was not altogether smooth; though residents had voted to replace an existing library, some locals sued to prevent this building project from going ahead for cost reasons but ultimately failed. 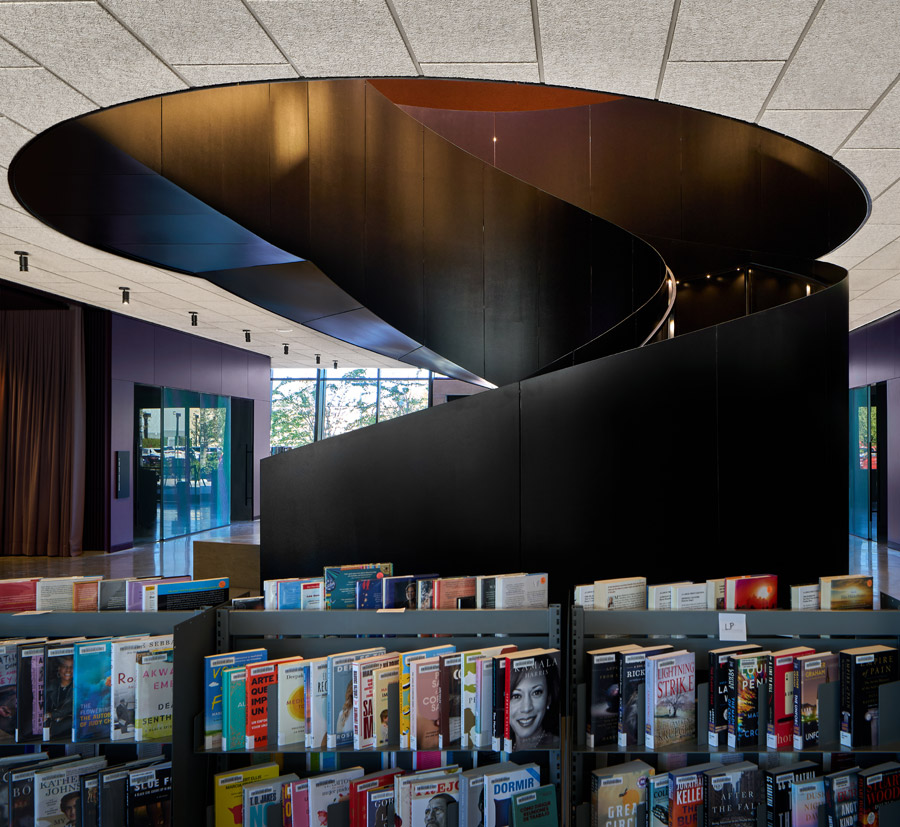 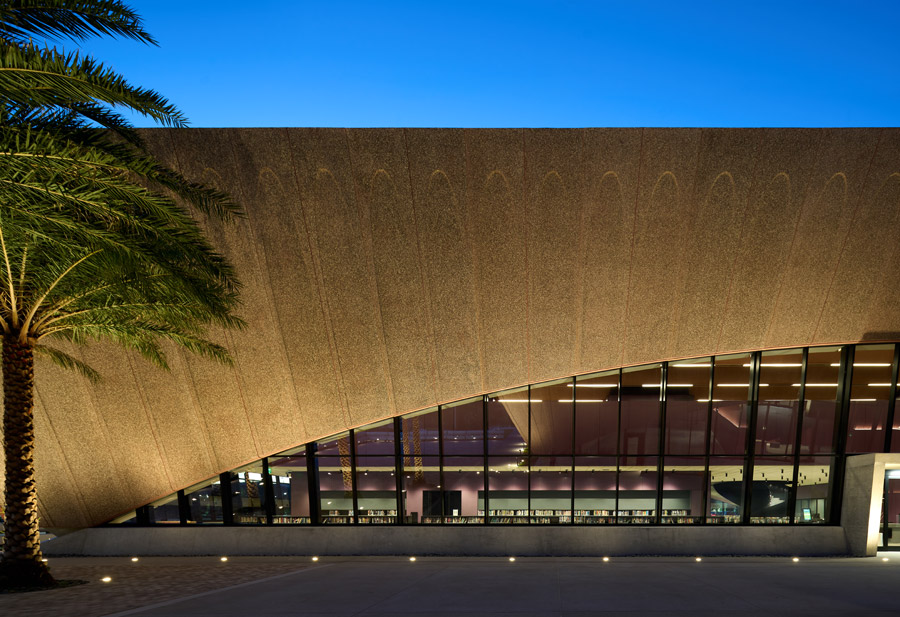 “It’s been humbling and inspiring to work together with the City of Winter Park and the many local champions of this project to realize this 21st-century prototype of a multi-purpose knowledge campus in the public realm,” said Adjaye in a statement.

Salvador Dalí Museum by HOK Opens This Month in Florida