Davis works at the intersection of architecture, textiles, design, and technology

Before becoming known for work at the intersection of architecture and textiles, Felecia Ann Davis trained both as an engineer and an architect. A principal at Felecia Davis Studio (FAD) in Pennsylvania and the director of Pennsylvania State University’s Computational Textiles Lab or SOFTLAB, Davis is also a founding member and executive officer of the Black Reconstruction Collective (BRC)—a non-profit organization of Black architects, academics, and artists seeking to support “the incomplete project of emancipation” for the Black diaspora. After receiving a bachelor’s of science in engineering from Tufts, Davis earned a master’s of architecture from Princeton and a Ph.D. in design and computation from MIT. Her research on “architextiles” or “soft architecture” examines designing textiles through mechanized weaving practices, computer scripting, and digital fabrication for the built environment; her practice utilizes computational textiles that respond to their environment using sensors and microcontrollers. 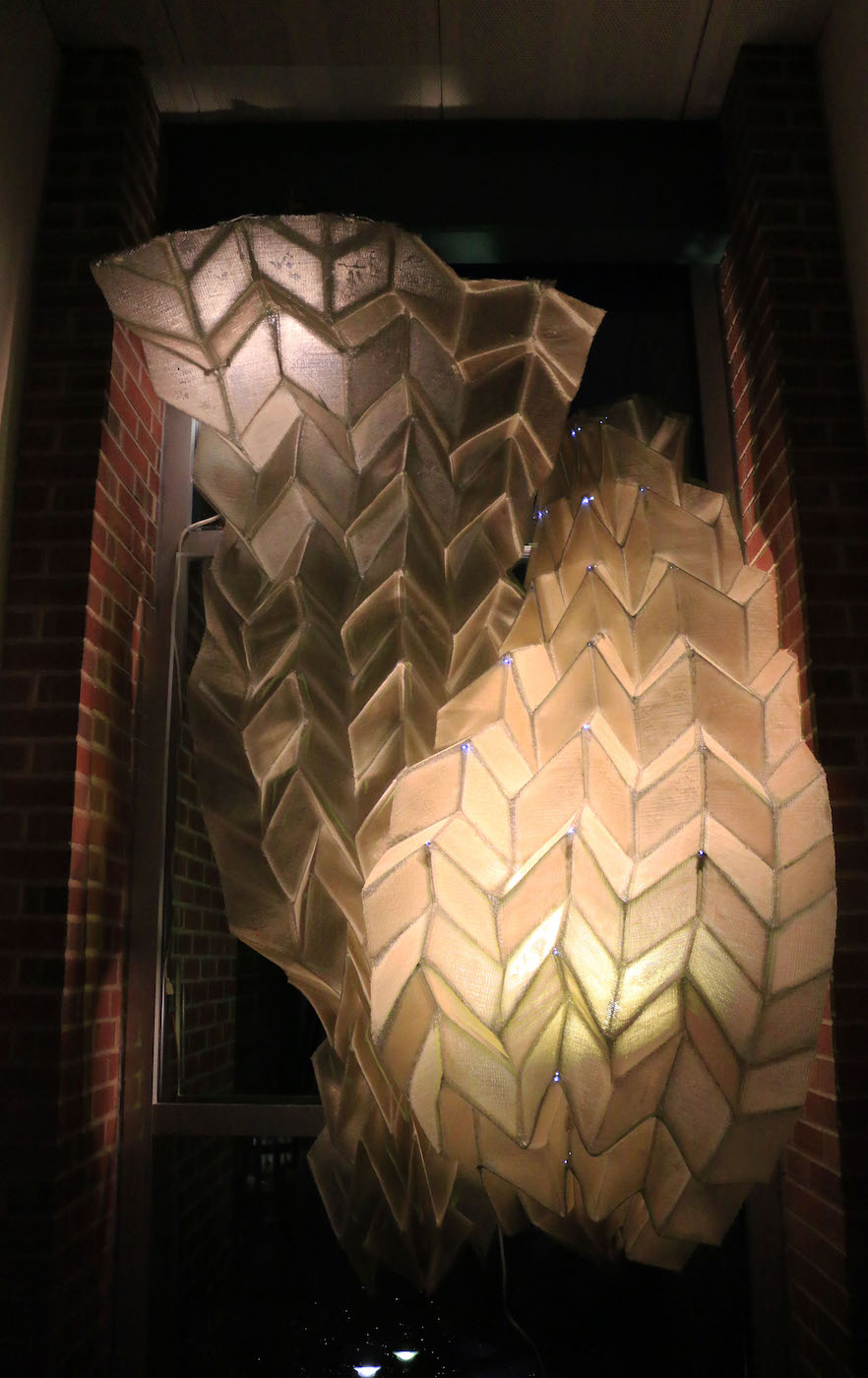 Currently an associate professor at the Stuckeman Center for Design and Computation at Penn State’s School of Architecture and Landscape Architecture, Davis has taught at Cornell University, Princeton University, and New York’s Cooper Union. She has also exhibited and lectured internationally at locations including the Swedish School of Textiles, Microsoft Research, and MIT’s Media Lab. Her work appeared in the Museum of Modern Art’s Reconstruction: Blackness and Architecture in America 2021 exhibition. Davis's book, Softbuilt: Networked Architectural Textiles, is set to come out this year.

*This interview has been edited.*

How did you start working at the intersection of architecture, design, and textiles—“architextiles”—this cross-pollination of subjects?

It came from a master's thesis project that I started way back when I was working with fabric because it was such a prevalent thing in burial practices of a group of people I was looking at in West Africa, and they were using it to honor the dead. I was working on the African Burial Ground [in New York], so I became really interested in what different fabrics could communicate, what they meant, and in using them metaphorically. They became, for me, this intersection of all these different strands that were pulling together. I feel like I've been looking at that ever since—kind of unraveling the intersections that were happening through that thesis throughout my career, little by little.

Your work “Fabricating Networks: Transmissions and Receptions from Pittsburgh's Hill District” was part of the MoMA exhibition Reconstruction: Blackness and Architecture in America. 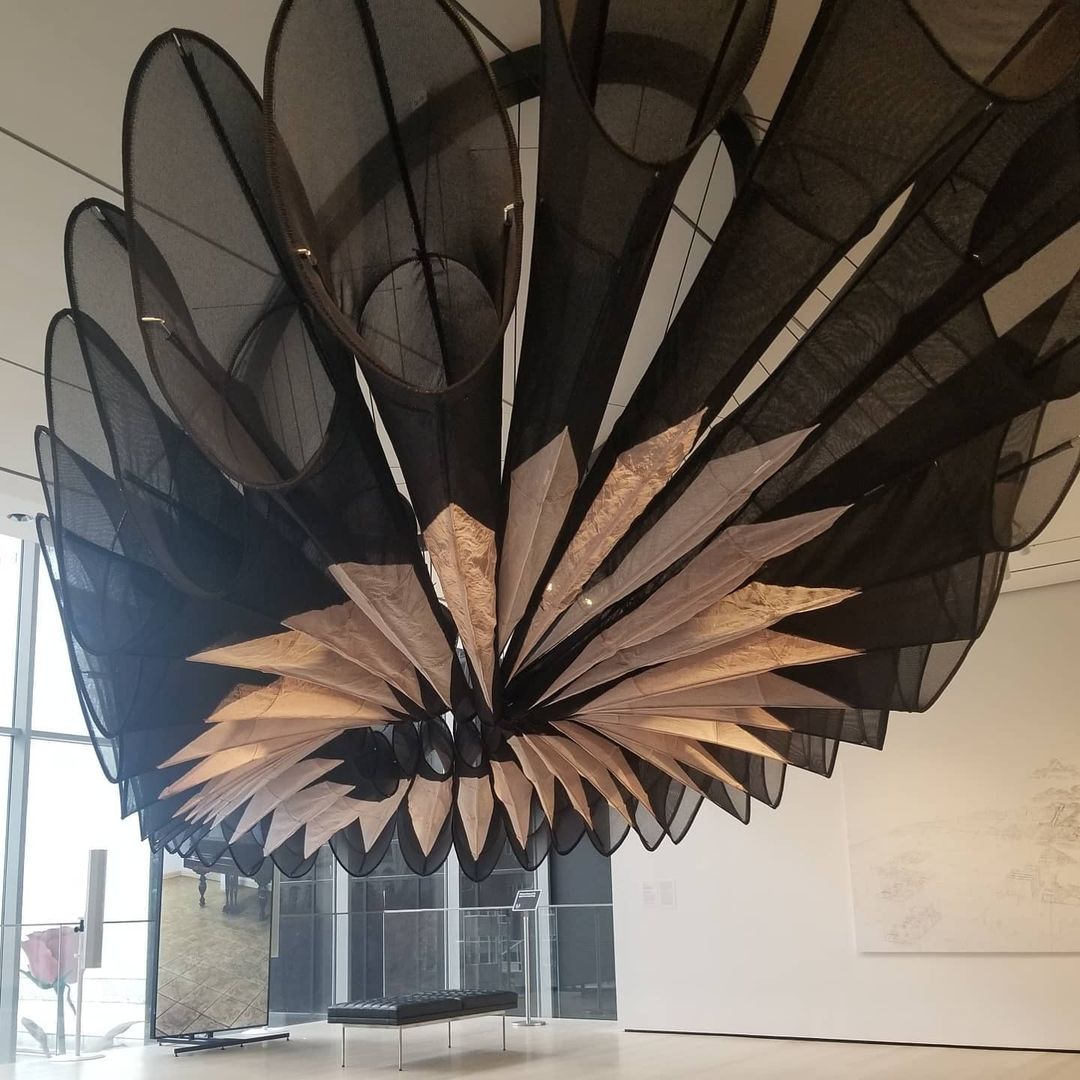 The curators, Sean Anderson and Mabel Wilson, did a fantastic job because the exhibit wasn’t simply artifacts in the gallery; there were lots of other programs. But really, even at the start of the organizing, they had all 11 artists, [architects, and designers in the show] come together. We were in a meeting together and started talking. And then, we were so excited by what we learned from each other that we met another time. And then we formed the Black Reconstruction Collective to continue the conversation.

The impact from the exhibit was important: it reached audiences that weren't necessarily talking about architecture or potentially understanding what it could be like to be an architect of color. The exhibit created an expanded field for who is included, and who and what shapes architecture. So, to me, that was just this amazing outpouring. I was most excited about how it unfurled outside of the gallery and the other activities unfolding now, like what's happening with Black Reconstruction Collective (BRC) and Dark Matter University, and other conversations making spaces for discussing how we should change our curriculums and our practices, and how we can make the pathways broader for people to get involved in architecture. There are all these questions that come into play through that exhibit and the way that it was set up. So that's on Sean and Mable for doing an amazing job to disrupt the kind of exhibition that stays [within the confines of] the gallery space. 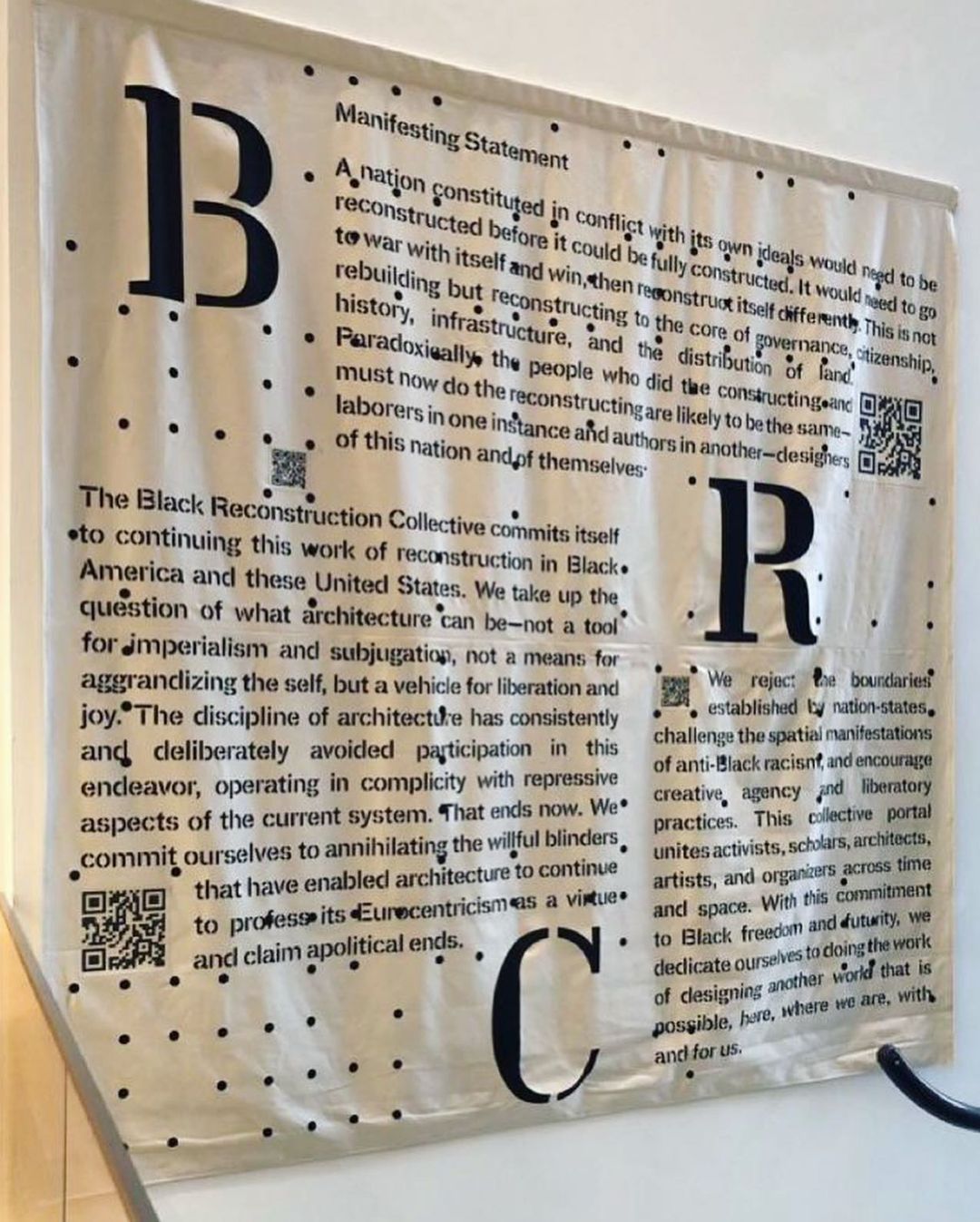 So the Black Reconstruction Collective was an outgrowth of that exhibition?

The 10 founding members were pretty much all the architects, artists, or spatial designers [in the show] who said, “We need to bring this to architecture because architecture has been so slow to change.” It's really difficult to find spaces to talk about systemic racism, to talk about things that are embedded in the environment—visible things that people of color experience but many people, the majority in the United States, don't see or experience. It’s like living in two worlds. But this is architecture. These two worlds need to be brought together and meshed—people need to see. Some of the work that I did in the exhibit was really about those invisible systems being suddenly and radically visible.

How do you see your work evolving? What are you working on now, what’s next?

We’ve started a new project at SOFTLAB called Hair Salon. We're looking at bringing Black cultural hair practices into design computing and then into architecture as patterns and material—I guess you could say fabrication—as a kind of basis for making architecture. 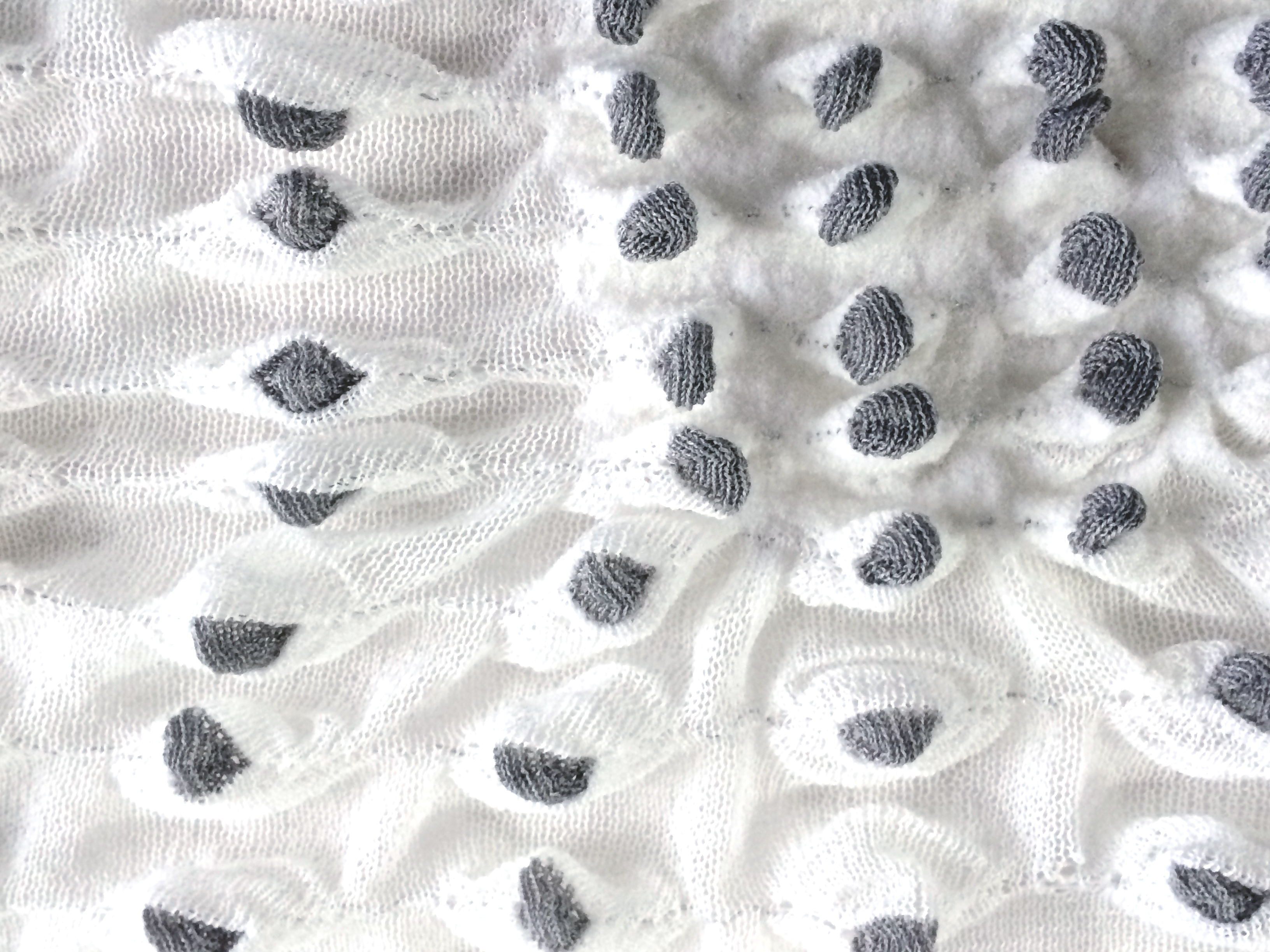 How did you begin conceiving of this project?

It started through a conversation with Sheryl Tucker de Vazquez, an architect who teaches at the University of Houston. We wanted to look at some traditional practices that related to African and African American and Black presence in the United States. We were talking about hair and thought, “Why not hair? Why shouldn't we look at hair as a kind of design process that is a kind of everyday practice and bring that into architecture?” Then we expanded and talked to [academic colleagues] William D. Williams and Marcella Del Signore, and kind of banded together to make this group.

I think it could translate into many different things—an interlocking block system, for example. (I'm referring to—a classmate at MIT— Dr. Rizal Muslimin’s precedent project that looked at the idea of weaving and making a series of interlocking blocks.) It could also translate into a textile used in a tension structure, to provide shelter. It might be something like a shade structure and designing a pattern for the base fabric. Or there's another trajectory using hair as a compression material, looking at it in the way one might use felt or think about a dreadlock, which is a kind of matted fabric used very well in compression. It isn't great in tension, but it's really great through pressure, so it could potentially be used to make outer walls if combined with other polymers to make it waterproof. So there are a few directions this could have applications. 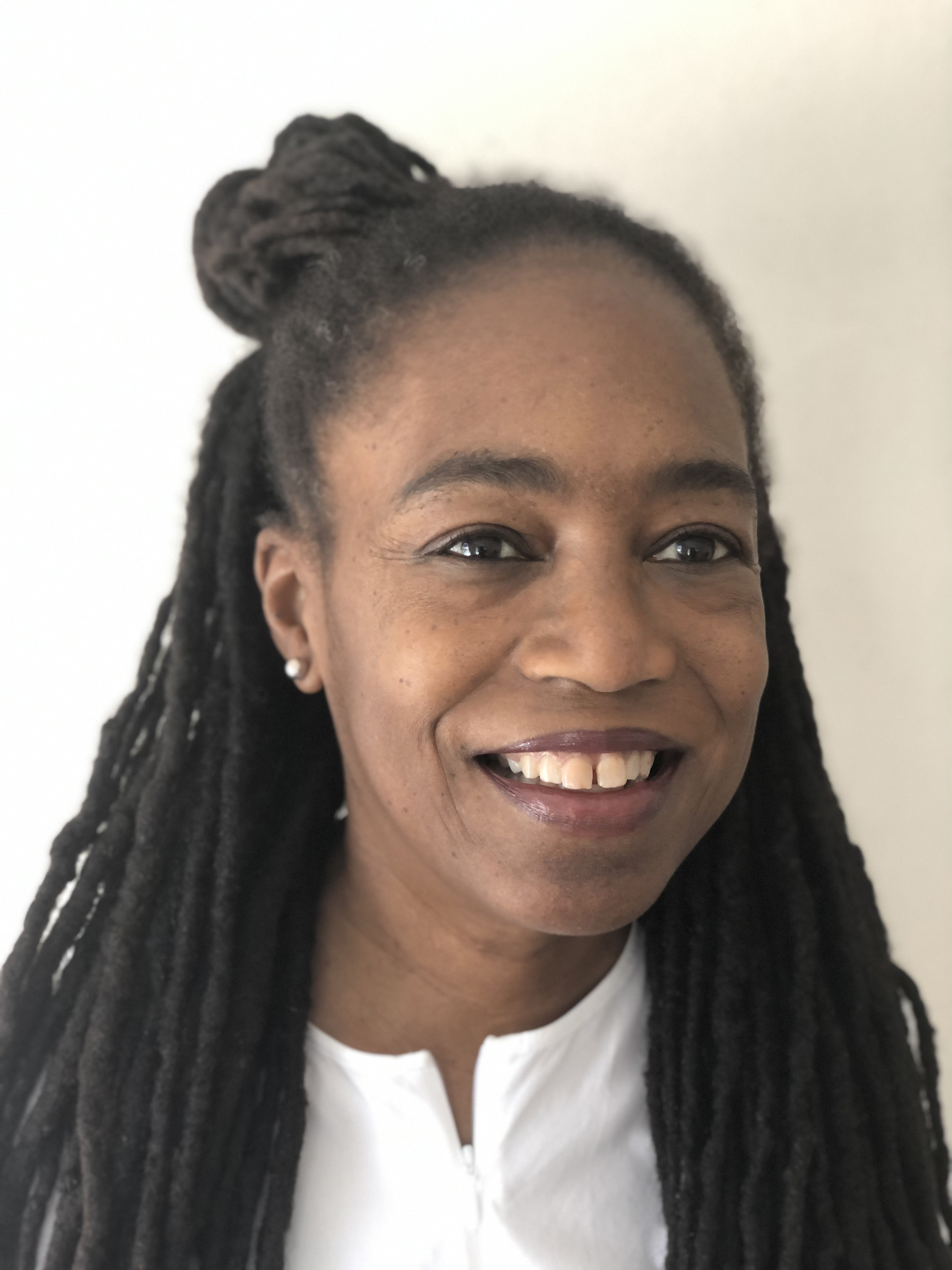 You've taught and lectured around the world and across the U.S. What's something that you hope to impart and how has teaching in these different places impacted your own work?

It's given me a broad scope of so many different ways of teaching architecture that I would say there's no wrong way. There's a huge breadth that’s worthy, but I think there's a lot of fear from faculty to make sure that our students can get a job. But at the same time, we also want to make sure that we can accommodate different viewpoints. People should feel free to start with your hair—should have a space of dreaming that allows you the tools to innovate, and to have a flexibility and imagination to do many things. For younger architects, it's important to do the practical stuff, but also to hold on to your imagination because that’s what will really help us to deal with these issues like carbon, pollution, places where there's no food or too much food, climate change, fires. There might be scientific ways that we start with, but I think art also has a place. Imagination and dreaming also has a place in how we figure things out and organize things in our world.

In the MoMA exhibition, you talked about the importance of dreaming and having spaces where you can share those dreams with other people, and it can be this symbiotic kind of relationship. 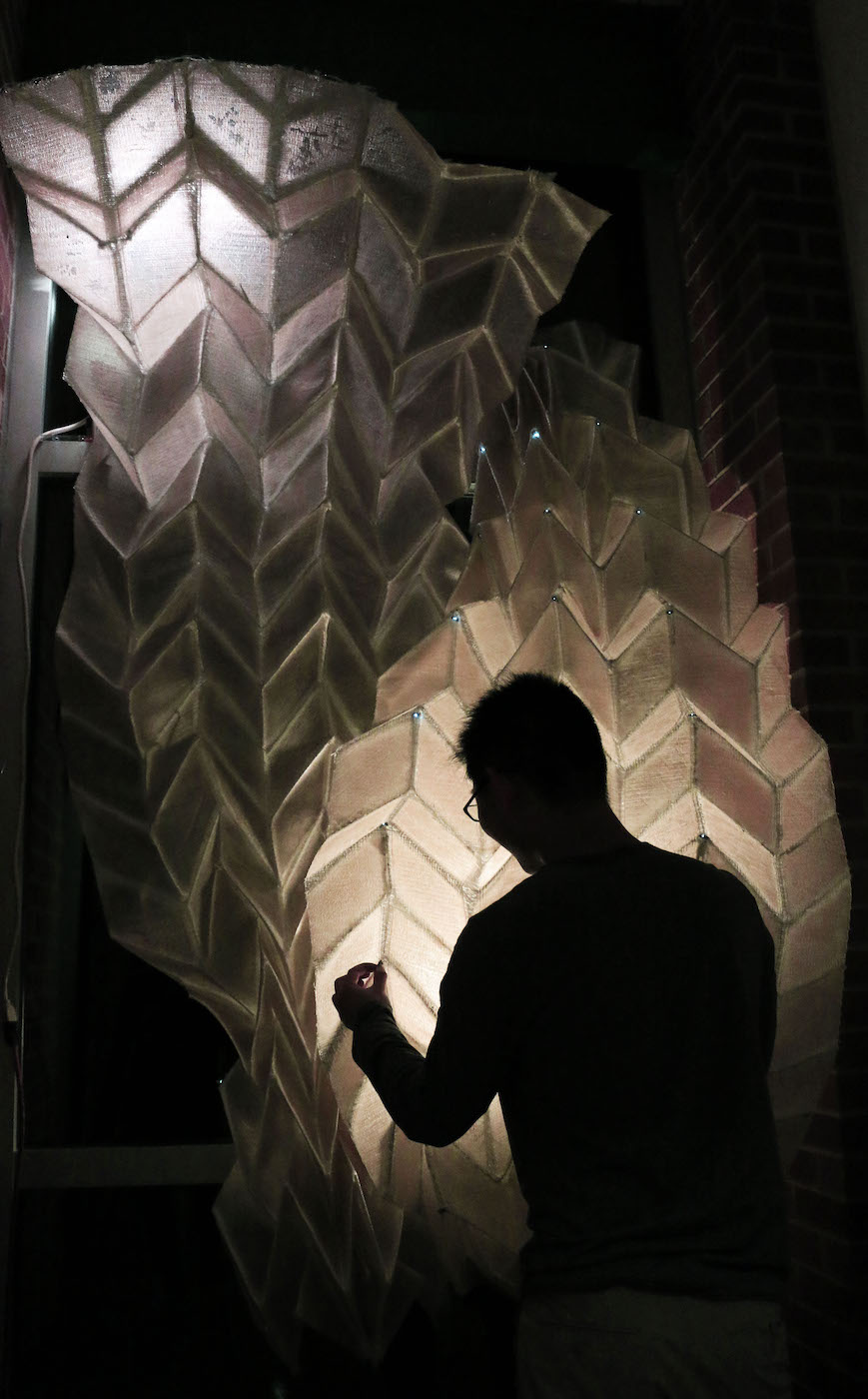 For so long, for people of color, when you would go to a conference, people would be talking really practically and it was like, “Well, we also need a space to talk about things that we can't even imagine, that we want to imagine where we want to go, what we want to be.” I think people were ready to fly and go, “Let's not constantly worry about this for a second because we need to have a different space to think about other things. [And then,] maybe, we can loop back to that problem and we'll see it completely differently because we've been, and we've seen, and we've imagined something else.”