The word intense crops up a lot in conversation with Demian Erbar, 41, and Holger Mattes, 48, founders of London-based Erbar Mattes. It captures something about the work of the seven-year-old practice, whose robust, solid-seeming buildings are rich in sensation and ideas, yet retain an elemental simplicity. The architects describe design as a process of distillation, much as in the reduction of a sauce to enhance flavor. “We begin with the identity of a place,” says Mattes, “and condense that into a strong image that is both strange and familiar.”

Most projects to date are modest in size—houses and residential renovations—but have a powerful physical presence. Massive walls of exposed masonry appear monolithic, lending a palpable sense of density and weight; clever detailing disguises the complexity of modern construction. Natural, self-finished materials add texture and warmth. “Architecture is an experience for all the senses,” says Erbar. “Surfaces you touch and sounds you hear are as important as appearance.”

Blockmakers Arms: This 19th-century pub was extended and completely refurbished to form a generous five-bedroom duplex while retaining a two-bedroom apartment on the top floor. The new ground-floor loggia with solid masonry columns forms a sheltered space, offering a layer of privacy from the neighboring buildings (1, 2 & 3). Photos © Simon Menges (1 & 2), Ståle Eriksen (3) 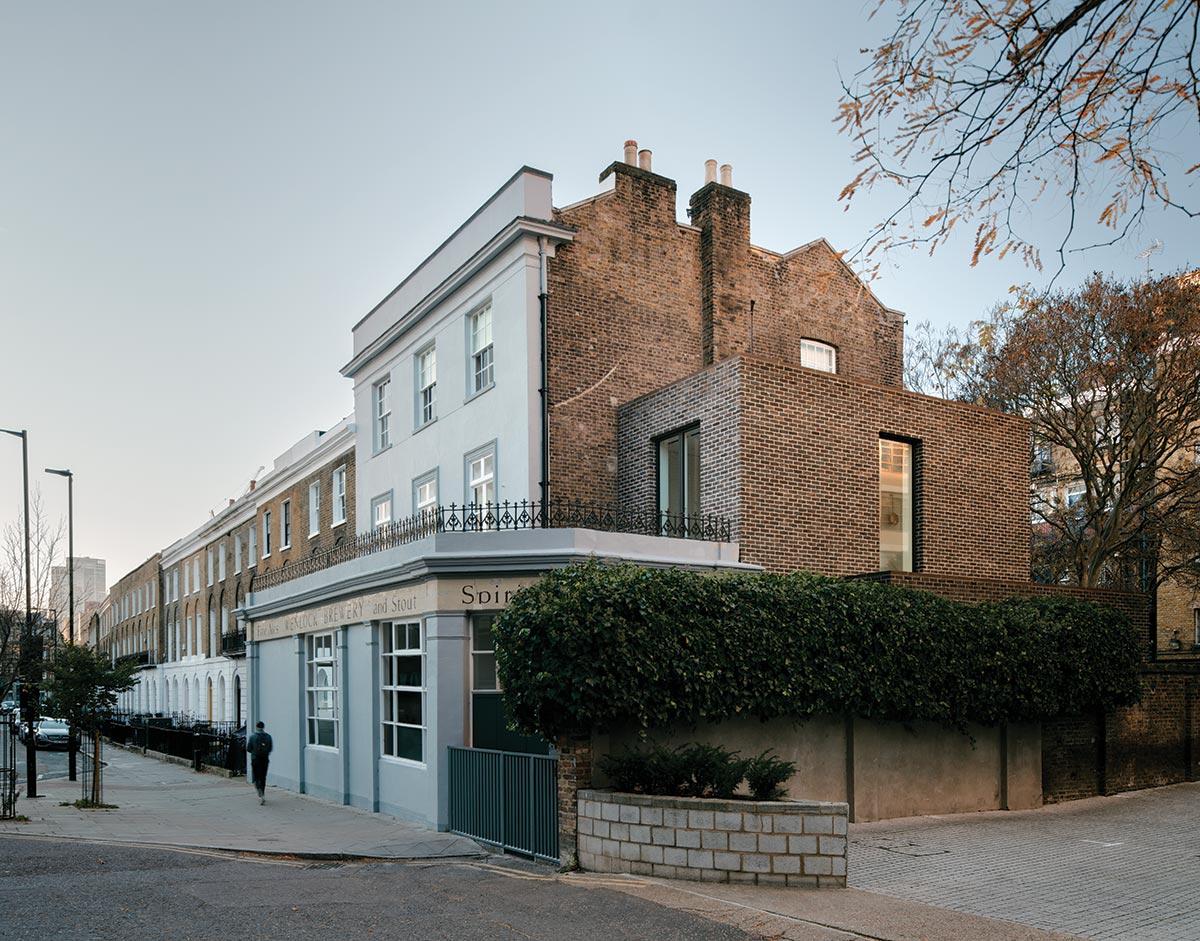 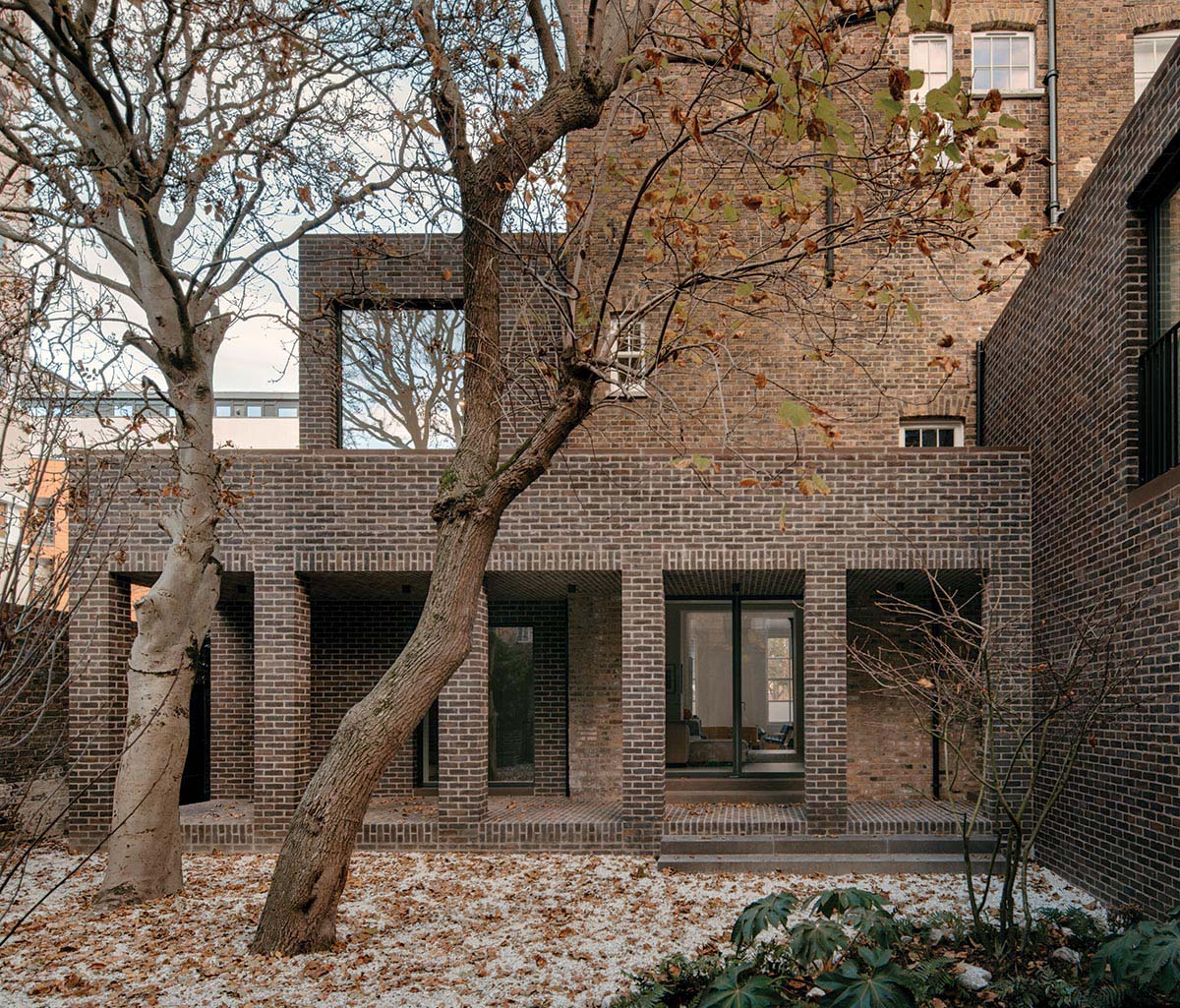 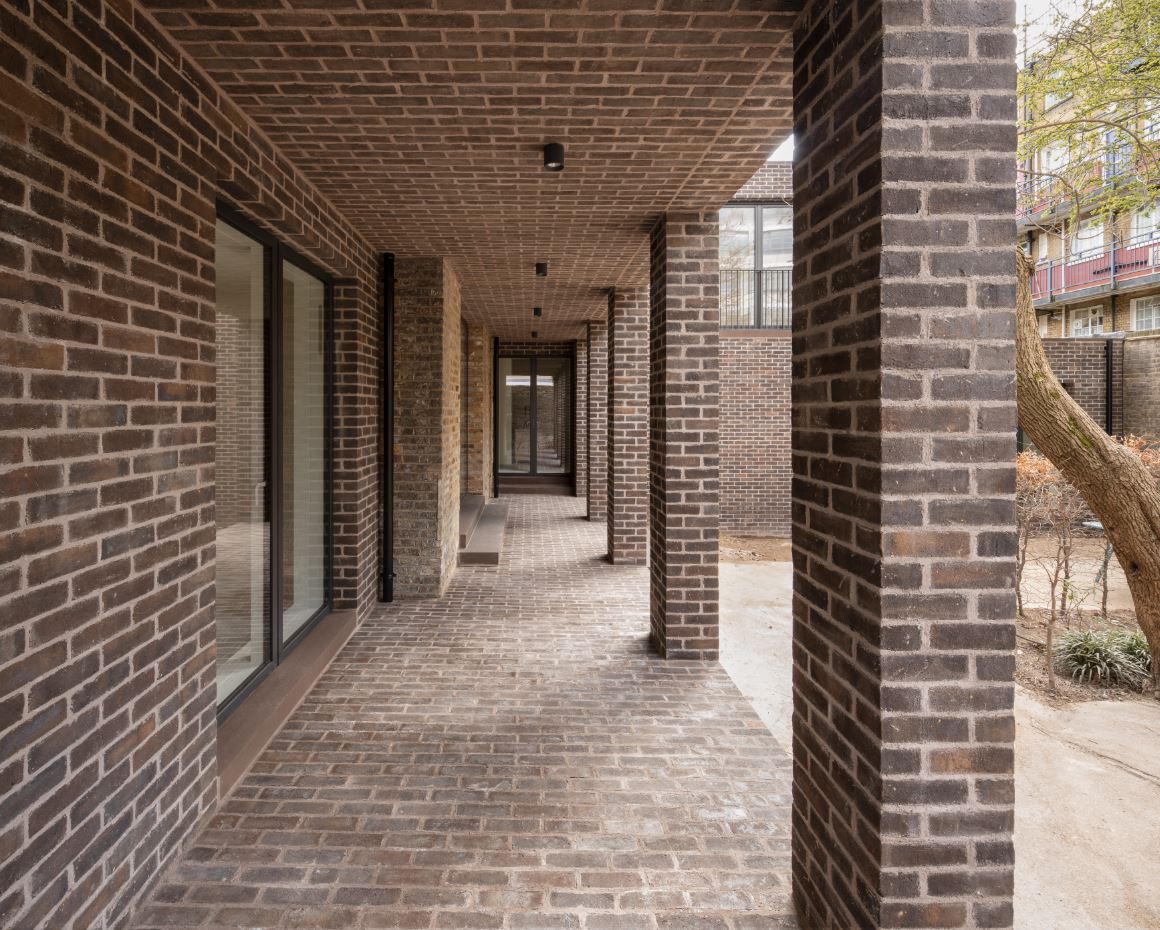 Buildings are further enriched by a kind of double-coding, with esoteric references worked into locally recognizable forms. In remodeling apartments within an old London pub, Erbar Mattes added an extension in rough brown brick, with a garden-facing loggia inspired by monastic cloisters. It has an ambiguous character—both crisply contemporary and archaic—but resonates comfortably with the 19th-century building through subtleties of scale and proportion.

Fluency with the idioms of London architecture is notable, since Erbar and Mattes are working in a second language. Mattes is originally from Germany, and Erbar from Argentina. Both studied at Aachen, but didn’t meet until they arrived at David Chipperfield Architects (DCA) in 2008, following periods in Berlin, Delft, Rome, and Buenos Aires. During seven-year stints at DCA they collaborated on the Turner Contemporary gallery in England and a hotel in Qatar. 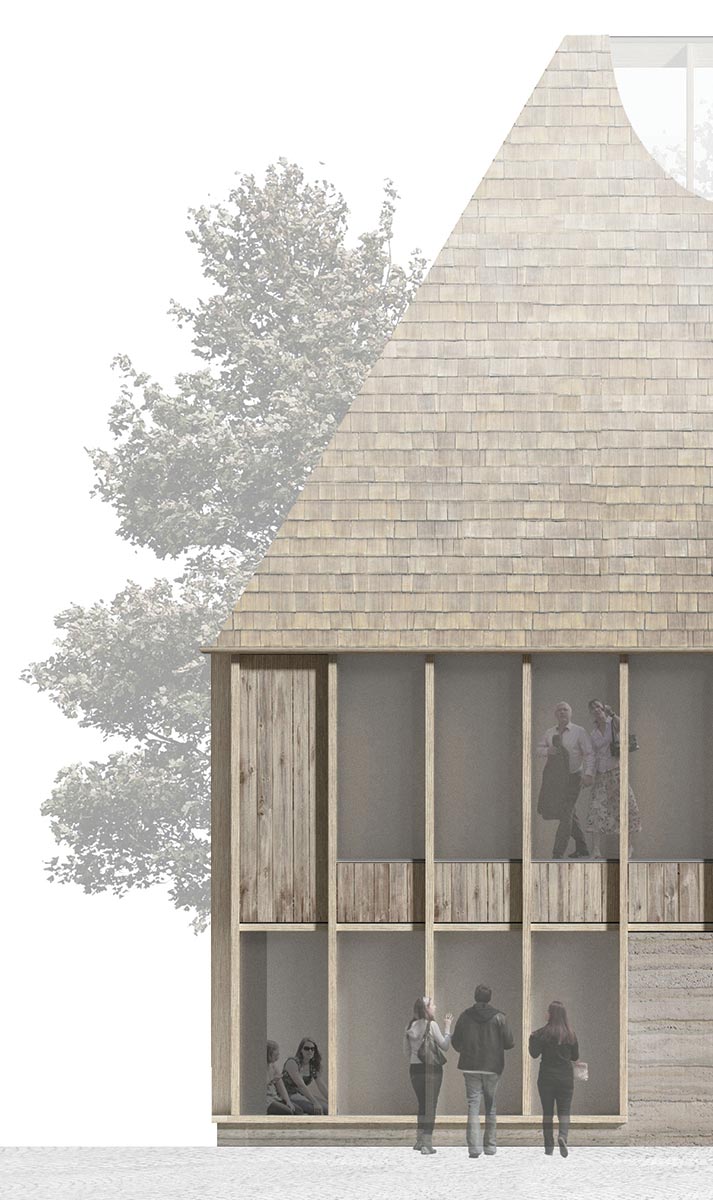 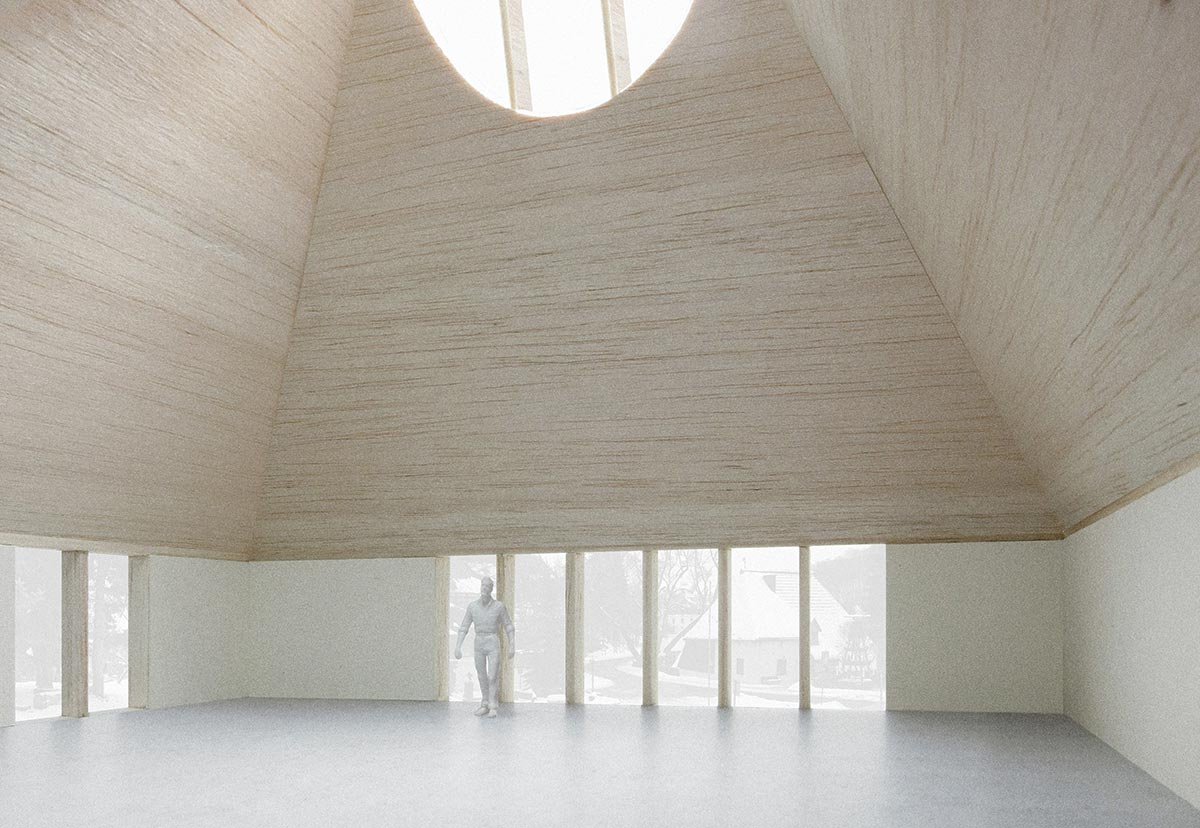 Frohnauer Hammer: For this competition entry for a museum and visitor center on the site of a former mill in Saxony, dating back to the 14th century, Erbar Mattes designed a building whose form draws inspiration from the historic structures nearby. It is clad in untreated rough-sawn larch planks and shingles, and sits atop a plinth of rammed concrete. Images courtesy Erbar Mattes

Despite shared backgrounds, the soft-spoken pair bring strong individual sensibilities to their own practice. “I enjoy defining how a project is structured,” says Mattes. “Demian is perhaps more interested in idiosyncrasies, playfulness, and sculptural qualities.” All projects are joint efforts, strengthened by the synthesis of different concerns through “intense” dialogue.

Glisson Road: This proposal replaces a conservatory and derelict garage with a lightweight timber structure. Conceived as an outbuilding and extension to a semidetached Victorian house, it is unified by a single mono-pitched roof, forming a series of interstitial outdoor spaces, and interior spaces connected by an open pergola. Image courtesy Erbar Mattes

Work happens in an airy warehouse down a quiet alley, accoutred with shaggy plants and bikes. Open shelves laden with models line the walls. The maquettes are used to explore atmosphere and the play of light, but all projects start with a laser site survey and a detailed 3D digital model. The process allows a small team to get a lot done, and the partners are keen to preserve a “family feel” as commissions grow in size and geographic scope.

Current projects include a house in upstate New York and multiunit housing in London—a concrete block with classical accents set among modernist apartment buildings. They show a linguistic evolution in response to circumstance, but the principles are consistent. “Our aim is to create strong character, but to know when to stop,” says Erbar. “Architecture should leave room for life.” 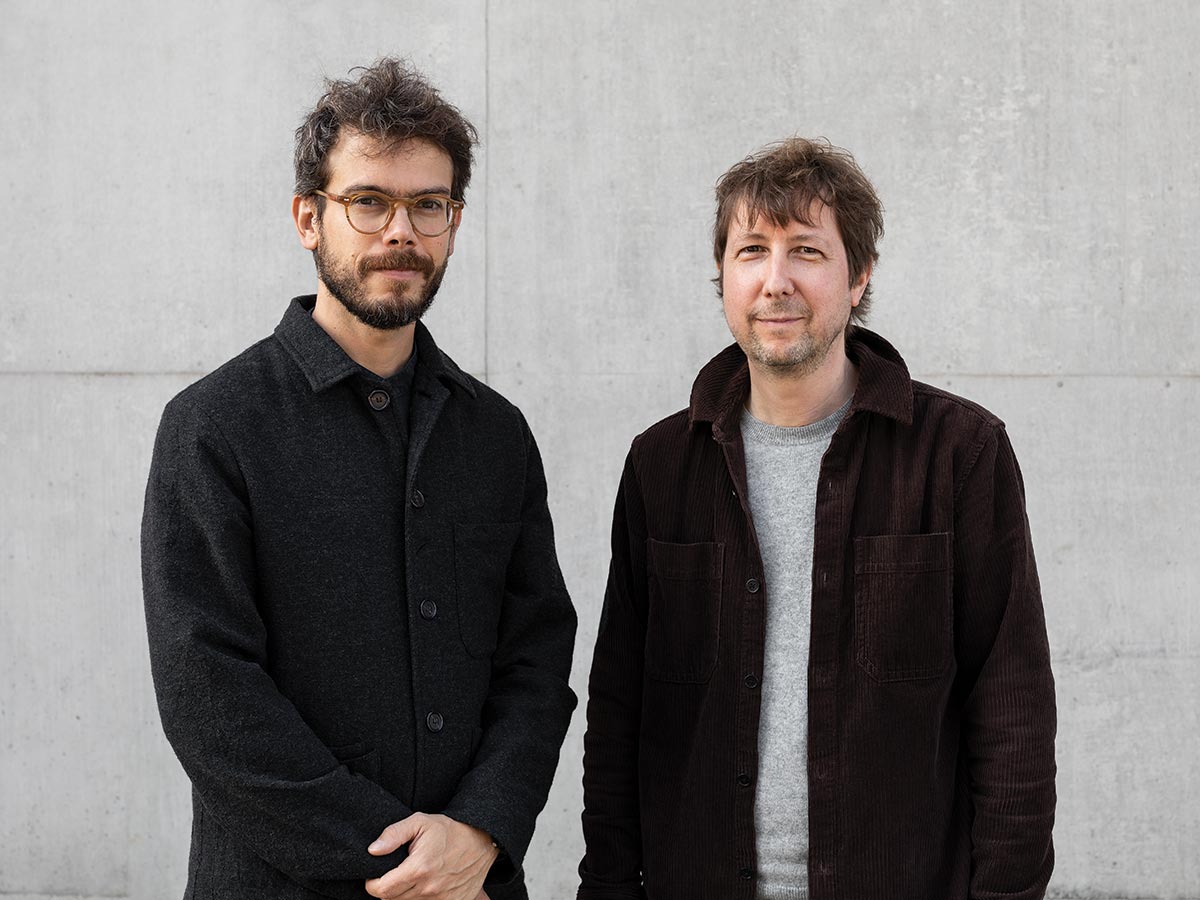