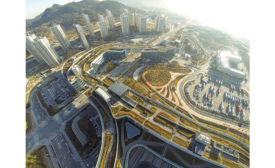 An architect looks back on the contributions of landscape architect Diana Balmori. 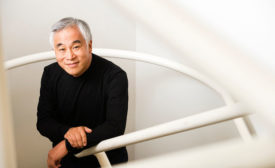 Canadian architect Bing Thom died last week while in Hong Kong, at the height of his renown and with a wealth of architectural commissions underway. 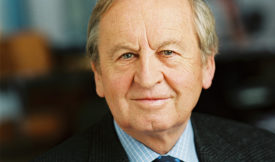 John Belle, who died this week at 84, helped restore several of New York City’s most important buildings, including Grand Central Terminal and the soaring Enid Haupt Conservatory at the New York Botanical Garden.

Romaldo “Aldo” Giurgola was born in Rome, Italy, and died this week in Canberra, Australia, the site of his most famous work: a government complex surrounded by bermed earth that made it possible for visitors to walk on and around the building.

Fred A. Bernstein
No Comments
David Adjaye and Moshe Safdie remember the Indian architect, who died at the age of 84 Tuesday. The architect pictured here in 2012. His black round eyeglasses, in the style associated with Le Corbusier, were a nod to western architectural ideas. But Charles Correa, who died June 16 at the age of 84, reportedly of cancer, was deeply committed to the culture of his native India, which gained independence in 1947. His buildings, completed over nearly 60 years, were the “the physical manifestation of the idea of Indian nationhood, modernity and progress,” says architect David Adjaye, who designed an exhibition
Read More

Fred A. Bernstein
No Comments
Photo © Gina Sabatella Jerde's Universal CityWalk in Los Angeles. Jon Jerde often said “the communal experience is a designable event,” and he proved it over and over during a 50-year-career. The architect, who died this week at 75, created ersatz downtowns, really elaborate malls with vast garages. His most famous project was Universal CityWalk, a hilltop shopping-and-entertainment center in Los Angeles, completed in 1993. Herbert Muschamp, the longtime architecture critic of The New York Times, admired CityWalk’s showbiz vitality. Jerde, he famously wrote, was more likely to be nominated for an Oscar than a Pritzker. Photo © Gina Sabatella Jon A.
Read More

Suzanne Stephens
No Comments
Photo courtesy IBI Group Gruzen Samton Jordan Gruzen in 2010. ﻿﻿ On Tuesday, January 27, 2015, Jordan L. Gruzen, FAIA, died in New York City after a brief bout with bladder cancer. He was 80 years old. Gruzen, along with his long-time colleague and partner Peter Samton, designed schools, universities, housing complexes, and civic and religious buildings that staunchly upheld the principles of modernist architecture with a well-tailored, straightforward use of materials. Their firm, named IBI Group-Gruzen Samton following a merger in 2009, has imparted its stamp on New York and the surrounding metropolitan area over more than four decades.
Read More

John A. Loomis
No Comments
Photo © Aaron Sosa Ricardo Porro in Havana, Cuba, 2007. Cuban architect Ricardo Porro died December 25 of heart failure in Paris. He was the leading creator of the most outstanding and controversial architectural achievement of the Cuban Revolution, the Escuelas Nacionales de Arte. He was 89. Related links Letter from Havana Ricardo Porro Hidalgo was born in 1925 in Camagüey, Cuba. As a young man he moved to the capitol where he studied architecture at the Universidad de la Habana. There he became acquainted with Fidel Castro whose best friend from law school was the brother of Porro’s fiancée Elena
Read More

No Comments
Paul Katz, 57, President of Kohn Pedersen Fox, who led the firm’s growth as a global powerhouse in the design of large, mixed-use complexes, died unexpectedly last week. Katz, known for his extremely quick mind and dry wit, was a passionate advocate for the impact that good architecture and innovative planning could have on the world’s rapidly evolving cities. Gene Kohn, a founding partner, posted this announcement.﻿﻿
Read More
Previous 1 2 3 4 5 6 7 Next
More Videos