RECORD’s holiday roundup highlights books that deal with urbanity in its many guises, from perspectives that embrace skyscrapers to those that see antidotes to density in low-rise planning and landscape design. 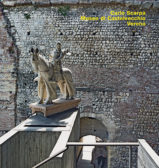 A roundup of new books, from Hawksmoor to Scarpa, plus monographs of note.
Jayne Merkel
No Comments

Some new additions to a balanced architectural library.

Essays by editors Nicholas Dagen Bloom, Matthew Gordon Lasner, and others discuss the history of the city's housing subsidies from 1900 to the present.
Jayne Merkel
No Comments

This is a superb history of the numerous ways that New York has provided subsidized housing for low-, moderate-, and middle-income residents from around 1900 to the present. 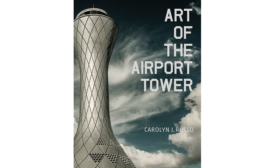 Art of the Airport Tower, by Carolyn Russo. Smithsonian Books, November 2015, 176 pages, $45. This big, beautiful photographic survey of 85 historic and contemporary air traffic control towers from around the world and throughout history was published to coincide with an exhibition at the Smithsonian National Air and Space Museum.

Jayne Merkel
No Comments
By Michael Agaard Andersen. Princeton Architectural Press, December 2013, 312 pages, $60. This handsome book on Jørn Utzon, the well-known but little-understood 20th-century architect, delves into his work in a way few monographs do. Utzon, who was Danish, is best known for his Sydney Opera House, a brilliant project but one that took many years to build and encountered numerous budgetary and technical problems. The author, Michael Agaard Andersen, concentrates on Utzon's work rather than his life. Andersen provides little biographical information, though some seeps into the text as he discusses the various building types that the architect explored, along
Read More

Jayne Merkel
No Comments
By Vladimir Belogolovsky. Rizzoli, April 2014, 300 pages, $75. Australia via Austria This exemplary new monograph on one of Australia's most prominent Modern architects tells Harry Seidler's story from the points of view of various people who knew or worked with him. The author, Vladimir Belogolovsky, a Russian-born American architect who directs the International Curatorial Project, provides an insightful introductory essay, along with commentaries by Kenneth Frampton, Norman Foster, critic Chris Abel, and the late Oscar Niemeyer. Abel's comments are particularly helpful, since he began his career in Britain but was based for a number of years in Australia, so
Read More

Richard Rogers: Inside Out

This colorful little book—published in connection with last year's exhibition at the Royal Academy, Richard Rogers: Inside Out—explains how the architect, known for some sensational urban buildings, exemplifies the ideals with which Modern architecture was founded.

The Gateway Arch: A Biography

Jayne Merkel
No Comments
by Tracy Campbell. Yale University Press, 2013, 232 pages, $26. The Price of Monumentality This small, minimally illustrated black-and-white book is a curious tribute to Eero Saarinen's soaring monument in St. Louis. It is part of a series called Icons of America, joining the Statue of Liberty, Joe DiMaggio, Wall Street, Alger Hiss, The Hamburger, and others. The Gateway Arch has been back in the news since Michael Van Valkenburgh Associates won a competition in 2010 to redesign the area around it. That firm's scheme, intended to rejuvenate both the park and the adjacent downtown, will submerge and plant over
Read More

Jayne Merkel
No Comments
If you are sitting in a very comfortable chair, you may owe your good fortune to designer Niels Diffrient, who died on June 8 at age 84 after a brief illness. Forbes magazine once called him “the granddaddy of ergonomic design.” He was that and so much more—the co-author with Alvin R. Tilley and Joan Bardagjy of a series of books called Humanscale 1-9, the designer of the Humanscale Freedom and Liberty chairs, Sunar Hauserman’s Helena and Jefferson Chairs, and Knoll Diffrient Chairs as well as of John Deere tractors, Trimline telephones, cockpits and truck cabs, and American Airlines graphics.
Read More

Jayne Merkel
No Comments
By Matthew Gordon Lasner. Yale University Press, 2012, 336 pages, $40. This superb study of co-owned housing in America-from the first cooperative apartment buildings in 19th-century New York City to condominiums around the country today-is not only an architectural history but also a social, political, urban, economic, and political one. With only 125 black-and-white images, the author manages to provide enough information for the reader to picture those apartment buildings and townhouses, while he explains the socioeconomic circumstances under which they were created. High Life: Condo Living in the Suburban Century, by Matthew Gordon Lasner. Yale University Press, 2012, 336
Read More
View All Articles by Jayne Merkel
Subscription Center
More Videos