Does the Bauhaus Still Matter?

On April 12, 1919, Walter Gropius founded the Staatliches Bauhaus in Weimar, Germany. It lasted only until 1933. In this special section, RECORD takes a long look into the short-lived school—which had a lasting influence as part of the larger Modernist project. We investigate its meaning and legacy, particularly on architectural practice today. Scholars, architects, and journalists discuss the Bauhaus’s history and achievements, as well as its distinctive aura, which followed Gropius, Ludwig Mies van der Rohe, Marcel Breuer, László Moholy-Nagy, and others to the United States.

Across history, people have attempted to capture the essence of the built environment through images. The advent of photography greatly expanded the depiction of architecture and, as this field has evolved, so too has the powerful symbiotic relationship it shares with the discipline of design. In this special section, we examine how architects and photographers approach each other’s craft and work together, shining light on the ways that these two art forms have shaped one another over time.

The Housing Crisis in America

Finding an affordable place to live is becoming an increasingly dire problem for many Americans—from the growing homeless population to middle-class families. The following special section explores the range of causes and effects in a variety of challenged urban markets, and examines how different municipalities are attempting to address this complex issue.

The Future of Practice 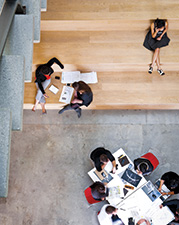 In cities across the country, a profusion of construction cranes points to a bustling building climate, which should make architects happy. Not so fast. Despite a sound economy, architecture is facing a reckoning. This special section examines firms of varying sizes and the challenges—and opportunities—they face today, with greater competition and client expectations, as well as an outmoded business model and the urgent need to evolve along with technology.

Design of the Public Realm

From an abandoned hotel transformed into affordable senior residences in an Arizona border town and a colorful community pool in Los Angeles, to the redesign of the Crossroads of the World, architects shape the spaces of our daily lives. This special section explores civic centers, housing, parks, plazas, and health-care and transportation projects, their funding, and the blurring lines between public and private, as cities and communities take the lead in developing essential social infrastructure.

The romance of architecture is in its creative potential—a marriage of art and pragmatism. Of course, many architects suffer disillusion, especially in the early years of their career, where all they may be doing is door schedules into the small hours of the night. But for architects mastering their own projects—or bringing ideas into a collaborative process—where does the spark of creativity come from? How is it harnessed into the development of great design? In this special section, RECORD explores the science and psychology of creativity, as well as the approaches architects use to keep that spark alive. 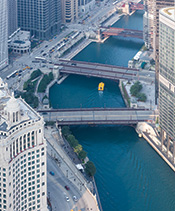 Chicago is used to throwing big architecture parties—the World’s Columbian Exposition in 1893 and the Century of Progress in 1933. It’s high time for another. The Chicago Architecture Biennial, which opens this month, will celebrate visions of the future by showcasing more than 90 young international firms. On the following pages, Architectural Record explores the built environment and the cultural and social context for this major convocation, including a commentary on the city’s contribution to the skyscraper, an analysis of public housing today, and a look at the new parks and public spaces animating urban life.

Architects’ offices in Copenhagen, Milan, and Delft demonstrate a sensitivity to the historic setting in which each is located. 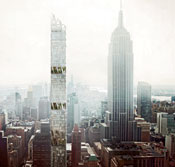 Architecture & Money
Not so long ago, architects were struggling to keep their heads above water during the recession. Now huge investments in key sectors have led to a boom in design and construction. Is all this new money good for architects—and for architecture?

Schools of the 21st Century

A microcosm of the world’s most architecturally significant K-12 schools, RECORD’s annual review looks at recent projects that exemplify good design as a crucial component in a school’s programmatic development. From an inner-city grade school in New York and a bucolic one on Washington’s Bainbridge Island, to a progressive high school for 1,200 students in Beijing, each demonstrates the value that thoughtful and sustainable architecture can have for the well-being of a community and the education of its children. 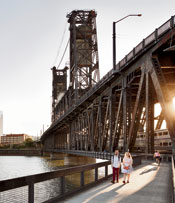 In-Demand Cities
As the appetite for urban living in the U.S. increases, cities are facing a need for housing not seen in decades. In this special report, we look at three metropolitan areas working to accommodate growing populations. In Boston, as people follow the tech sector and other enterprises into the urban core, the city is reinventing its historic neighborhoods and creating new ones. Portland, Oregon, is racing to keep up with an influx of newcomers seeking the much-hyped quirkiness that the city has embraced as a brand. In the wake of Hurricane Katrina, New Orleans has emerged as a hub for new industries—from technology to film—attracting a population enchanted by its unique history and culture. Despite high demand pushing up housing costs, all three cities are struggling to maintain economically diverse communities—an essential ingredient of a thriving urban center.

Art and Architecture
In this special section, we look at many and various points where art and architecture overlap—but not without some friction. What follows is a short history of artists as architecture’s antagonists, a survey of new architectural projects in the service of art, and a look at the practices of contemporary artists and designers who borrow the tools and concepts of each others’ disciplines. 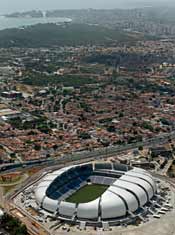 Spotlight on Brazil
South America's largest country has long been home to a rich Modernist heritage. But under its 20-year military dictatorship and a later economic boom, that legacy was often obscured in the public realm. Now, as Brazil faces a slowing economy and pockets of civic discontent, it is stepping onto the global stage with next month's World Cup and the Summer Olympics in 2016. RECORD looks at the contemporary scene for design, planning, and infrastructure—and the opportunities and challenges for both local and international architects. 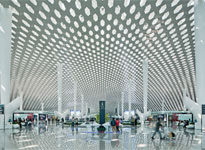