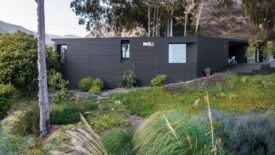 California
Sarah Amelar
No Comments
A 1990s Malibu dwelling is transformed by an architect into a home for his family.
Read More 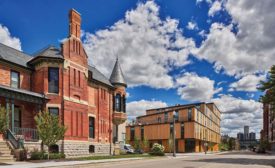 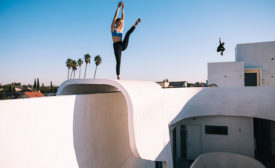 An Instagram event facilitated by RECORD turns a multifamily building into the set for a performance. 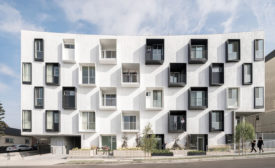 In L.A.’s Koreatown, an apartment building with a punchy facade enlivens the street. 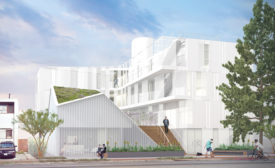 A forthcoming 34,000-square-foot housing complex in South L.A. will become a home for military veterans. 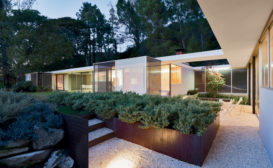 Cloverdale749 by by Lorcan O’Herlihy Architects

Los Angeles
Sarah Amelar
No Comments
On a mid-block infill site, a pristine box wrapped in layers of clean-edged metal is a stylish antidote to its surroundings.
Read More 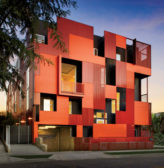 An 11-unit, market-rate condominium in West Hollywood provides a public park and private outdoor space for each apartment.

Lorcan O’Herlihy and Stephen Kanner convert a pair of old aircraft hangars into a Performance Capture Studio by breaking down hierarchies.
Clifford A. Pearson
No Comments

Lorcan O’Herlihy and Stephen Kanner refer to the checkerboard wall snaking through their Performance Capture Studio (PCS) north of San Francisco as a “strange loop,” a term used in film and other arts to describe something that breaks down the usual hierarchies of time or space and ends up where it started.