The End of Sidewalk Labs

In the fall of 2017, Sidewalk Labs, a subsidiary of Google’s parent company, Alphabet Inc., announced a deal in Toronto to build a dream city “from the Internet up,” as CEO Daniel Doctoroff put it. The company’s 220-page proposal was heavy on the physical aspects of contemporary urbanity; its colorful illustrations showed gondolas, waste-disposal robots running underground, and mixed-use modular buildings.

But the illustrations were largely whims—drawn by a junior designer at Heatherwick Studio in New York—and the actual ideas never came any closer to reality. The company had imagined a 12-acre neighborhood with an efficient energy grid and all kinds of amenities, but it also wanted to place sensors everywhere. The network of sensors would not only record useful data about energy use and occupants’ behaviors, but transform this data into feedback to make the project’s systems run better—what Doctoroff dubbed an “urban-tech revolution.”

But the plan sparked hugely contentious debates in Toronto about data collection, surveillance, and whether Sidewalk could even be trusted. As Sidewalk discovered, its proposal posed serious ethical problems, as well as political ones: when a company tries to reshape a city, the people of the city, at least in a democracy, will have their own ideas. In May 2020, the company walked away from the deal.

And Sidewalk as an entity is not embarking on similar plans anywhere else. In December 2021, Doctoroff revealed in a Medium post that he “likely” has ALS, or Lou Gehrig’s disease, and was stepping down—adding that the company would no longer exist.

But what lessons can be learned about the future of smart cities from the Toronto debacle? Here is a short history.

On October 17, 2017, Canadian prime minister Justin Trudeau came to the 12-acre site on Lake Ontario, dubbed Quayside, to announce the partnership known as Sidewalk Toronto. As a reporter covering the event, I had questions for Sidewalk Labs’ head of urban systems, Rohit Aggarwal, and head of policy Micah Lasher. “Your pitch is interesting,” I said. “But are you ready to navigate the politics of a city where even ordinary buildings can be hard to get approved?” “Don’t worry,” Mr. Lasher said. “We’ve built a lot of things in New York.” 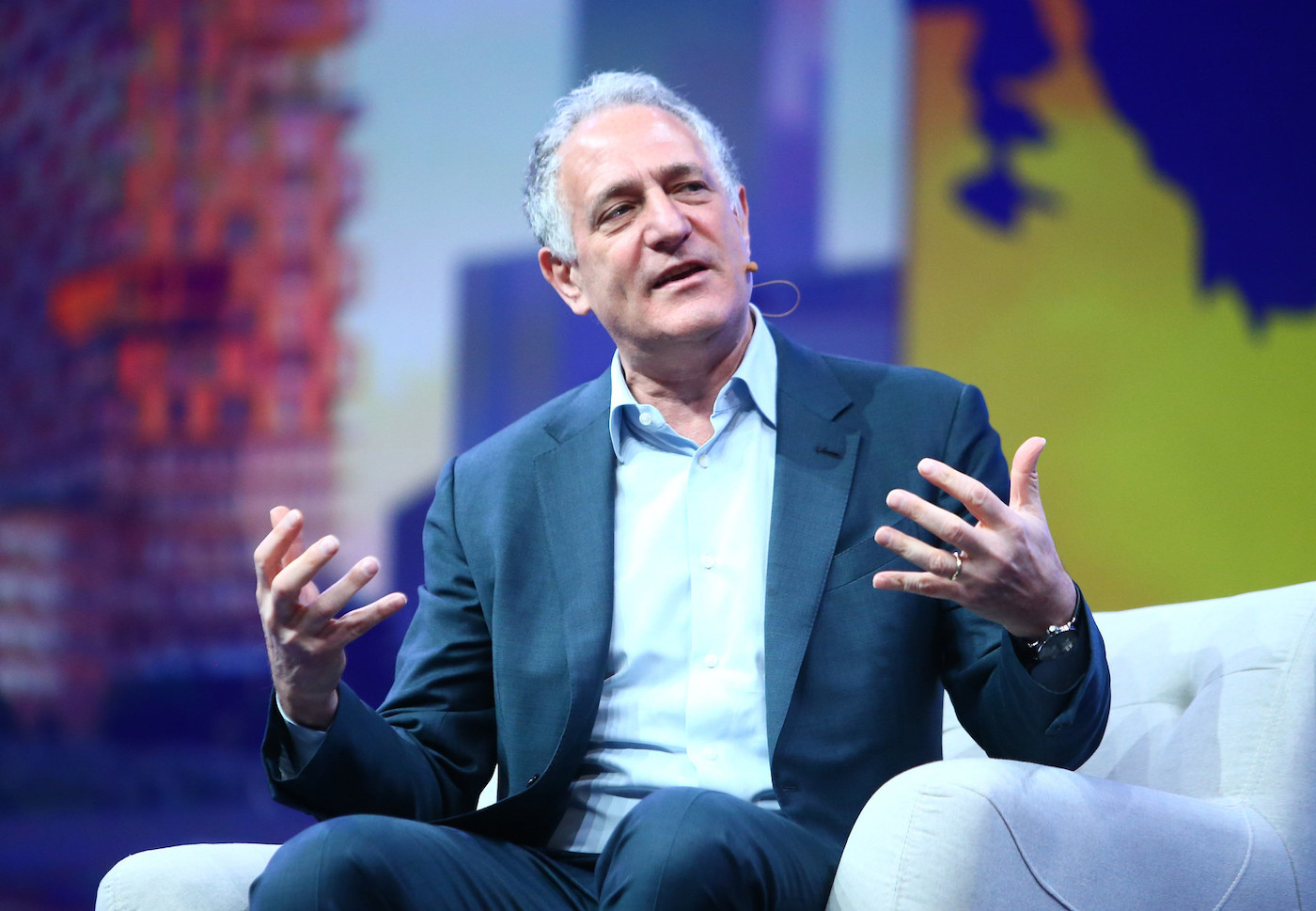 Doctoroff in 2019. Photo by Vaughn RidleyCollision via Sportsfile

This was true. Most of Sidewalk’s executives had worked for Doctoroff when he was a powerful deputy mayor of New York under Michael Bloomberg. But they had little experience as private developers and were planning to build 6 million square feet in another country. The company had been selected as an “innovation and funding partner” by Waterfront Toronto, the public agency that oversees the city’s underused port lands. The agency, too, was exploring unfamiliar territory: under new CEO William Fleissig, it aimed to explore the potential of smart-city technology.

Since 2015, Sidewalk, with its platoon of architects, planners, and technologists, had explored ways to bridge urbanism and tech, creating a 400-page pitch document, known as the Yellow Book, that proposed a 100-acre development for 100,000 people, and looking at sites near Denver and in the Bay Area city of Alameda, California. Their urban vision involved sensors measuring all aspects of city life, from air pollution to individuals’ vital signs; a heavy reliance on autonomous vehicles; utility tunnels; prefab construction; and a giant “canopy,” or dome, overhead that was very Buckminster Fuller

Sidewalk’s far-reaching proposal promised modular buildings built to Passive House standards and called for code and zoning changes to allow for what it called “radical mixed use” within each building, with compliance maintained by sensors rather than by human inspection. The public realm was to be “vibrant and usable year-round,” thanks to heated sidewalks and retractable canopies guided, of course, by sensors.

But “the digital layer,” as Sidewalk called it, immediately generated headwinds. In Toronto, the conversation soon became all about data: who would gather it, who would use it, and how. Sidewalk, and presumably Alphabet, wanted quasi-governmental powers in this respect.

Local good-governance advocates and technologists stood up to prevent what they saw as an abrogation of local government’s role. “Sidewalk Toronto is not a smart city,” the former BlackBerry executive Jim Balsillie wrote in a 2018 op-ed. “It is a colonizing experiment in surveillance capitalism attempting to bulldoze important urban, civic, and political issues. Of all the misguided innovation strategies Canada has launched over the past three decades, this purported smart city is not only the dumbest but also the most dangerous.” That year, Fleissig was pushed out as CEO of the waterfront agency.

Amid all the debates about data and IP law, the architectural aspects of Sidewalk Toronto were soon overshadowed. But here, too, there were real questions.

The company proposed a factory to construct building components from mass timber. It hired Snøhetta and Heatherwick Studio to imagine what the results would look like—including improbable drawings showing mass timber cladding. Sidewalk’s Toronto office even featured a glulam mock-up of its proposed structural system. 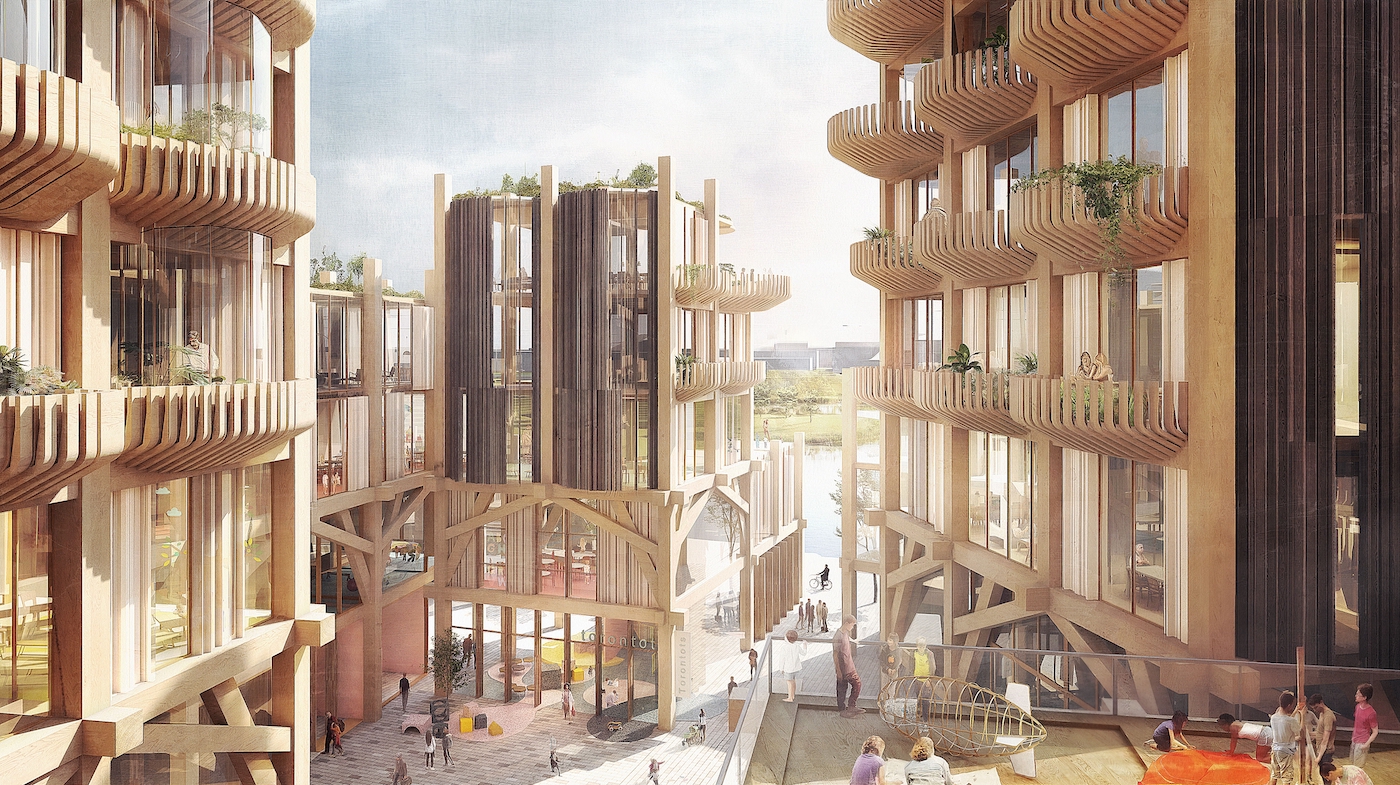 Yet the company’s director of building innovation, Karim Khalifa, came from the prosaic world of hotel prefab construction, and when I interviewed him in 2019, he was ready to admit that some of the drawings were a bit fantastic. When Sidewalk presented its plan for Quayside, led by the New York firm Beyer Blinder Belle, a local design review panel savaged the scheme for its vagueness and lack of technical feasibility.

As the project limped forward, it became clear that many of its ideas were either half-baked or relied too heavily on rewriting the rules. Its building “awnings,” for instance, were renamed “raincoats” in a detailed design by the Toronto architects Partisans. But it was ultimately determined that the embedded mechanisms could endanger people with disabilities. Carlo Ratti developed a prototype for street pavers containing both sensors and signal lights, but Toronto city staff balked at the required data connections and maintenance costs.

In the end, it is difficult to separate Sidewalk’s technical proposals from its political ones. Cities involve both; a radical development scheme such as Sidewalk Toronto needs to address them all. “I don’t think mass timber has anything to do with Sidewalk’s success or failure,” says Michael Green, the Vancouver-based architect and wood-construction expert who consulted for Sidewalk. “The issue was their ability to move into a new community with no development experience.”

Townsend—who has been broadly critical of Sidewalk since leaving the company—suggests that its explorations of urban infrastructure remain valuable. “The promise of Sidewalk Labs was that people were excited about the boring and hidden stuff of city-building,” he says. “Sidewalk wanted to work on power plants and conduits and building materials.”

And, in some way, that work will continue. In 2019, Alphabet spun off the New York–based Sidewalk Infrastructure Partners, which is working to fund and construct such projects as recycling robots and roads geared to autonomous vehicles.

And it’s hard to overlook the loss of leadership. Doctoroff “was the company,” Townsend says, and, without him, many of its component parts are being absorbed into Alphabet. Some of these were part of the Toronto plan, including such proprietary products as the vehicle sensor technology Pebble and the building-automation system Mesa. Sidewalk’s mass-timber construction operation, now called Canopy Buildings, will become an independent company.

And where will it build next? Perhaps for Alphabet itself, which is already working with architects, including Green, on mass-timber buildings. Or perhaps in a new smart city, like Neom, in Saudi Arabia, where an authoritarian government can deliver the concentrated power—without the objection of ordinary citizens —that big tech’s dreams may well require.