Carl Yost
No Comments
Modern Dance School. Click on the slide show button to view additional images. Related Links:Havana: Bracing for a Boom If architecture embodies a culture’s history and values, perhaps no project better represents Cuba since the 1960s than the National Art Schools in Havana. After sitting neglected for decades, a symbol of the Cuban Revolution’s lost idealism, the campus is getting the recognition it deserves thanks to Unfinished Spaces, a new feature-length documentary by New York-based filmmakers Alysa Nahmias, Assoc. AIA, and Benjamin Murray. Begun in 1961, Cuba’s National Art Schools comprise five institutions: the Schools of Plastic Arts and Modern
Read More

Carl Yost
No Comments
Union Square, looking south, 1849, published by John Bachmann. Click on the slide show button to view additional images. NYC: The Death and Life of A Great American City Roche Retrospective Opens at MCNY Manhattan’s defining street grid turned 200 earlier this year, and the Museum of the City of New York is marking the occasion with “The Greatest Grid: The Master Plan of Manhattan, 1811-2011,” the first comprehensive exhibition dedicated to the grid’s planning and implementation. Though ostensibly a celebration of New York, the show is more importantly a celebration of long-range urban planning. The grid has been at
Read More

Carl Yost
No Comments
Photo ' Ezra Stoller / Esto Ford Foundation Headquarters, New York. He is frequently overshadowed by his former employer, Modernist giant Eero Saarinen, but at the Museum of the City of New York in Manhattan, a new exhibition attempts to make a case that Kevin Roche is, in the words of chief curator Sarah Henry, “the quintessential architect of the post-industrial age.” With several dozen giant photographs, suspended from cables in a ground-floor gallery, and six architectural models, Kevin Roche: Architecture as Environment shows the Pritzker-winning architect wrestling with America’s transition from a manufacturing to an information-based economy and culture
Read More

Battery Park City: It's a Wrap

Carl Yost
No Comments
More than three decades after its inception, this planned community in Lower Manhattan is nearly complete. Photo ' Michael S. Yamashita/National Geographic Stock The master plan for Battery Park City was created in 1979. More than three decades later, this 92-acre development in Lower Manhattan is almost finished. As Tropical Storm Irene roared toward New York last week, Mayor Michael Bloomberg gave the order to evacuate Battery Park City (BPC), on the waterfront in Lower Manhattan. Now, as the development’s 13,000 residents make their way back, the largely unscathed neighborhood is about to pass a milestone. With two condominium towers
Read More

After the overreaching of Modern city planning—barren plazas, rows of soulless apartment slabs—urban design got a bad rap. 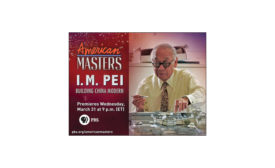