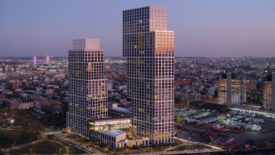 OMA Completes “Yin and Yang” Towers on the Brooklyn Waterfront 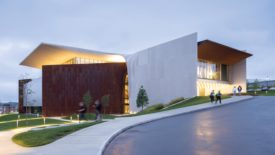 Ian Volner
No Comments
Zaha Hadid, the Baghdad-born, London-based architect, has received two major commissions in as many weeks for large-scale projects to be built in Cairo, Egypt. Images courtesy Zaha Hadid Architects Hadid's firm has designed a mixed-used complex called Stone Towers (top). Her firm also won an invited competition for an “Expo City” in Cairo (above). First came word of a new speculative development southeast of the city center. The Stone Towers is a 5.5-million-square-foot office and retail complex set in 42 landscaped acres, including a five-star hotel and sunken gardens, all designed by the 2004 Pritzker Prize laureate. Two weeks later,
Read More
Subscription Center
More Videos