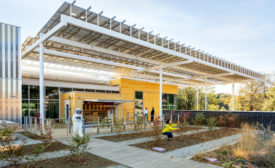 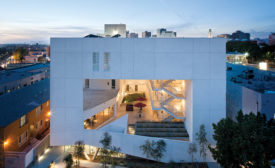 Kara Mavros
No Comments
This year’s 10 recipients meet the standards for social, economic, and ecological value established by AIA’s Committee on the Environment.
Read More 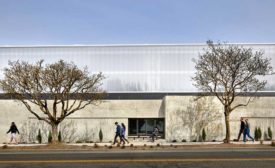 The Committee on the Environment has recognized 10 projects that integrate design excellence and sustainable performance. 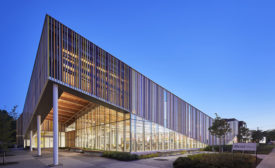 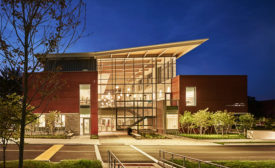 Wednesday the AIA Committee on the Environment (COTE) announced the recipients of the 2017 COTE Top Ten Awards.

Alex Klimoski
No Comments
This year’s honorees demonstrate a commitment to forward-thinking design within the urban realm.
Read More 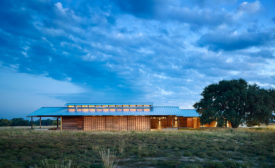 David Sokol
No Comments
Selected by the AIA’s Committee on the Environment (COTE), this year’s winners demonstrate the program’s 20-year evolution.
Read More

Joann Gonchar, FAIA
No Comments
ZGF’s Federal Center South Building 1202 in Seattle, is the recipient of this year’s COTE Top Ten +—an award that recognizes one past Top Ten winner that has quantifiable metrics. The project, which provides office space for the U.S. Army Corps of Engineers, is performing more than 30 percent better than ASHRAE 90.1. On Earth Day, the American Institute of Architects (AIA) announced the winners of Committee on the Environment (COTE) awards. The goal of the program, now in its 19th year, is to recognize ten projects that protect and enhance the environment. For the third year in a row,
Read More

Nadav Malin
No Comments
This story first appeared on BuildingGreen. 355 11th Street: The Matarozzi/Pelsinger Multi-Use Building Aidlin Darling Design San Francisco, California With an outstanding 2013 line-up, the American Institute of Architects’ Committee on the Environment (AIA/COTE) Top Ten Green Projects continues in its role as the nation’s premier showcase of projects that marry good design and green performance. This year’s projects continue the strong focus from 2012 on social consciousness. “This group of projects underscored the social value of providing high functioning buildings for people who are often without the benefit of that,” notes juror Gail Vittori of the Center for Maximum
Read More